The Power Of Self Belief: Living With Wilson's Disease​ 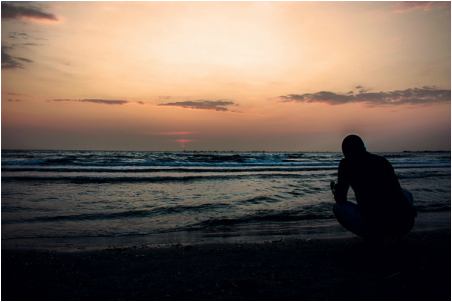 Most girls at the age of 19 envy other girls with the priciest bags, with the prettiest shoes, and with the most expensive clothes. At age 19 I envied those who could get out of bed alone, those who could make their own breakfast, and those who could talk. I know I shouldn’t be envious of anybody but what can I say? I'm a terrible wannabe-Buddhist.

You see, in the year 2000, I was diagnosed with neurological Wilson's disease at the age of 19. You may not have heard of Wilson's disease, and rightly so because it is a rare genetic disorder. It all starts with a mutated gene that one inherits from their parents. The mutated gene causes a dysfunction in the liver, which makes the liver unable to excrete copper.

Copper is found in everything we eat and drink and is a vital mineral that performs various functions in the body, but our bodies only require a certain amount and the liver discards the rest. For a person with Wilson's disease, any excess copper is stored in the body until the copper becomes toxic and attacks the central nervous system (CNS). The scary part is that there are no tell-tale signs that a person has Wilson's, until they're diagnosed, and by that time it is too late. If left undiagnosed, it is fatal.

My descent into disability happened so quickly that when I think about it today, it all seems like a blur. Within a period of a few months I had stopped talking, walking, and had lost my independence. I suffered from so many symptoms that sometimes I wonder if I wasn’t suffering from more than one disease. I experienced tremors, drooling, bradykinesia (extreme slowness of movement), micrographia (tiny handwriting), dysautonomia (the inability to stand upright), insomnia and more. Not to mention the brain fog and mood swings.

The doctors told me that there was no hope. My symptoms were permanent because my CNS had been damaged. And there was no cure for a damaged CNS because the brain and spinal cord were the two things that doctors couldn’t fix... one only needed to look at Christopher Reeve to know that they weren’t kidding.

At 19, that was the last thing that I wanted to hear. I had just become an adult in the law's eyes. I was ready to live out my life out and venture out into the world. To start a career in Public relations, have a family, travel, and do all the things that most people do. I fell into a state of despair, which was followed by numbness as I realised that not only would I not be able to do those things, but I'd also never be able to talk, never be able to walk, dance, swim, and I'd be dependent on others for the rest of my life.

For two years after my diagnosis the only thought on my mind was Why me? What had I done that been so awful to deserve this? People would tell me that I was special; priests would tell me that there was a reason that God had bestowed this "gift" upon me... I remember thinking, if this was a gift from God; I wonder what God's punishments are like?

By 2005, I had come to accept being wheelchair bound and disabled for life. But towards the end of the year something within me clicked. I cannot say what it was exactly. A psychologist would call it the fusion of the subconscious with the conscious mind. A philosopher would call it self-determination; I like to call it my inner qi. I joined a gym, I began to exercise at home, and I would walk in water at my local swimming pool. The more I moved the better I felt. By 2009, with the help of a controversial treatment, dietary change and physical activity, I began to walk with a four-wheeled walker.

From there things improved. I stopped drooling, the tremors had gone, the micrographia had disappeared, and I had gained about 60% of my independence back. In 2013 I began walking with a crutch thanks to an intense spin bike class, which everyone thought that I could not do. By 2014 I was doing chin ups and push ups (yay me!).

Today I am a regular gym-goer, a health food advocate, and I practice meditation daily . My journey was not easy. There were a lot of falls (I still fall sometimes when I'm walking), bruises, concussions, crashing through windows, and embarrassing moments. There was also a lot of self-doubt, negative thoughts, and frustration.

But I didn't give up. I have since learned that in order to overcome disability, illness, or any other disabling behaviour ("I can't"). One must take responsibility for their health, be willing to fall more than once and the most important of all, and have self-belief. Because even if everyone you know believes in you, ultimately it is your own self belief that will determine if you choose to take action or not.

Dahlia Mikha is the soon to be author of 'Suck it up Princess', and is a health and illness blogger. She has a bachelors in philosophy and psychology. Connect with her on twitter: @DahliaMikha