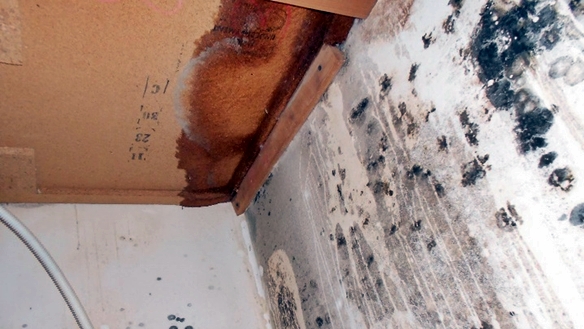 ﻿“Lyme” Is More than Lyme Alone
﻿
In the recently released book "Why Can’t I Get Better?: Solving the Mystery of Lyme and Chronic Disease" by Richard I. Horowitz, MD, a compelling argument is made that there is much more to chronic Lyme disease than Lyme alone. In fact, Dr. Horowitz unveils his “16-Point Differential Diagnostic Map” which suggests numerous “nails” in the foot which must be explored in order to regain wellness. He further expands the concept of “chronic Lyme disease” by suggesting MSIDS, or Multiple Systemic Infectious Disease Syndrome, as a more encompassing term for the multiple underlying factors involved in chronic illness.

In my personal experience recovering from Lyme disease after a tick bite in 1996 in Northern California, the journey has been one of uncovering many stones and addressing numerous layers of issues that were impacting my health. While Borrelia, Bartonella, Babesia, Ehrlichia, and many other microbial factors did play a role, it was not until I read the book “Mold Warriors” by Ritchie Shoemaker MD in 2006 that I considered the possibility of mold as another key part of the systemic body burden that had unknowingly made me ill for so many years.

Upon further evaluation, it was determined that I had been living in an apartment for nearly ten years that was contaminated with numerous molds including Stachybotrys, better known as “toxic black mold”. Removing myself from this constant, daily exposure to an environment that was not conducive with my recovery was an important step to take. Moving to a safer environment was one of the best things that I did as part of my journey back to health. I do not think I would be where I am today if I had not discovered and addressed this ongoing, toxic environmental factor that was contributing to my then poor state of health.

Dr. Neil Nathan has found mold toxicity to be a big piece of the puzzle in a very significant portion of patients with chronic Lyme disease. Lisa Nagy MD has suggested that many Lyme patients have a damaged immune system resulting from mold or pesticide exposures and that a focus on Lyme and co-infections may not always be the right focus.

One of the downsides of “chronic Lyme disease” is that Lyme often becomes the focus of treatment when, in fact, it may not be the dominant stressor that the body is burdened by. The intent behind this article is to suggest a more expanded view of chronic Lyme disease and to consider that both environmental exposures to toxic molds and the production of mycotoxins resulting from fungal colonization in the body can be significant issues in terms of symptom presentation; as well as both the severity and duration of the illness.


What Are Molds and Mycotoxins?

Mold and yeast are both different types of fungi. Molds are multicellular fungi and grow in filamentous hyphae, or long thread-like branches. They produce airborne spores, and are often quite colorful. In nature, molds are the recyclers of organic waste. While they are closer to plants than animals, they cannot undergo photosynthesis and thus rely on organic matter for nutrition. They reproduce using both sexual and asexual methods. Yeasts are single-celled microscopic fungi that are round or oval in shape and are generally colorless in appearance.

They reproduce asexually via mitosis or budding. Yeasts are often used in fermentation of alcoholic beverages such as wine and beer and are used in baking. Some yeasts, such as Candida albicans, can be opportunistic infections in humans.

Mycotoxins are toxic chemicals produced by both molds and yeasts. They are believed to be used by fungal organisms as a protective mechanism; as a way to stake out their territory and to allow for further proliferation of the fungi. Additionally, within a host, they may be used by the fungi in order to weaken host defenses in support of persistence of the fungal organisms.

The environment in which the fungi live may be directly correlated to the output of mycotoxins. The more threatened the fungi are by the surrounding environment, the more they may utilize mycotoxin production as a protective weapon. Mycotoxins are not essential for the fungi to maintain their existence, but they do provide a competitive advantage. In some cases, humans get caught in the crossfire.

Mycotoxins in the body may be the result of external exposure to molds or internal, colonizing fungal organisms. They are generally found intracellularly and may be stored in body fat, myelin, tissues, organs, and other body sites.

While there are hundreds of different mycotoxins that have been discovered, some of the more common ones include aflatoxin, ochratoxin, citrinin, ergot alkaloids, patulin, fumonisin, trichothecene, and zearalenone. The focus of this article will be on aflatoxin, ochratoxin A, and trichothecene given that these can be readily measured via laboratory testing performed on a urine sample; providing a useful tool for practitioners working with patients with mold-associated illnesses.

Ongoing mold and mycotoxin exposure can be a very serious issue creating illness in the genetically susceptible. Sadly, the importance of evaluating for the potential of mold illness and taking appropriate corrective actions is often overlooked by many practitioners and patients alike.

Ritchie C. Shoemaker MD deserves tremendous credit for being the voice that brought mold illness to our awareness. His “Biotoxin Pathway” and treatment protocol have been instrumental pieces of the puzzle for many struggling with chronic biotoxin illness. Biotoxins are toxins created by living organisms. Mycotoxins are a subset of biotoxins and are produced by fungal organisms.

Visual Contrast Sensitivity (VCS) testing is often a very useful biotoxin screening tool that can be performed online. Mycometrics ERMI (Environmental Relative Moldiness Index) is arguably one of the best evaluation tools for the presence of mold in an indoor environment. Numerous lab tests were brought to our attention by Dr. Shoemaker’s work including HLA testing, which looks for genetic predispositions to various biotoxin illnesses, and markers such as TGF-β1, C4a, C3a, MSH, VIP, VEGF, MMP-9, and others. The information that a trained practitioner can ascertain from the results of these tests is significant in their work to guide a biotoxin-illness patient back to a higher level of health.

Cholestyramine is used in many with Lyme disease and mold illness as a direct result of Dr. Shoemaker’s discoveries. Losartan, VIP nasal spray, and other useful therapeutic options have been introduced to biotoxin-illness sufferers through his work.

Dr. Shoemaker’s approach has benefited and will continue to benefit many suffering with otherwise unexplained illnesses. No article on the topic of mold illness would be complete without a mention of his important contributions, and while not the focus of this article, his work has been life changing for many; myself included. More information about his protocol, his books (Mold Warriors; 2005, Surviving Mold; 2010), and the recently introduced doctor certification program can be found on his web site. Several integrative practitioners now incorporate a combination of the Shoemaker Protocol with several of the other options discussed in this article.

Symptoms produced in humans as a result of mold and mycotoxin exposure are widely varied and may range from no response or simple allergy to cancer or even death.

“Symptoms can be caused by mold allergy, mold colonization (or infection), or mold toxicity, or a combination of these. Until Dr. Shoemaker raised awareness around the toxicity component, we had focused exclusively on allergy and infection. It is the understanding that mold toxicity, with its marked, uncontrolled outpouring of inflammatory cytokines, produces the same wide array of unusual symptoms that we see in Lyme disease and its co-infections that has dramatically improved our ability to diagnose and treat a large subset of patients that had been previously struggling to get better," said Dr. Neil Nathan.

The symptoms may be dependent on the types of molds and mycotoxins, the duration of the exposure, and the overall health of the exposed person. Mycotoxins damage the immune system and may make one more sensitive to bacterial endotoxins found on the outer membrane of bacterial cell walls. With an increased sensitivity, the body’s response to Borrelia burgdorferi, the causative agent of Lyme disease, and co-infections may be heightened and lead to a further exacerbation of overall symptoms.

Molds and their mycotoxins may negatively impact the endocrine system including sex hormones, thyroid function, and adrenal function. Mold exposure may lead to food allergies and chemical sensitivity. In some cases, POTS (Postural Orthostatic Tachycardia Syndrome) may be mold-induced.

It has been suggested that elevated cholesterol may be a protective mechanism of the body as a response to mycotoxin exposure. Statin drugs have antifungal properties, and one of the mechanisms through which they may help to lower cholesterol is through the reduction of mycotoxins as systemic fungal populations are reduced.

Scott Forsgren (Author) is a health writer, advocate, and coach. He is the editor and founder of BetterHealthGuy.com where he shares his now 17 year journey through the world of Lyme disease and the
myriad of factors that it often entails. He has been fortunate to have written for publications such as the Public Health Alert, Explore!, Bolen Report, and Townsend Letter. Scott expresses gratitude for the information shared by Dr. Neil Nathan and Dr. Wayne Anderson in support of this article. More information on his work is available at http://www.BetterHealthGuy.com. 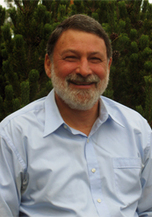 Neil Nathan MD is a medical doctor at Gordon Medical Associates in Santa Rosa, CA. He is a gifted physician and healer who is always excited about the next opportunity to learn something new that might benefit his patients. He looks at each patient “as an opportunity to discover which component of healing might still be missing”. He specializes in Lyme disease, Chronic Fatigue Syndrome, Fibromyalgia, thyroid conditions, chronic illness, chronic pain, and autism. His healing toolbox includes tools such as chelation, craniosacral therapy, Frequency Specific Microcurrent, homeopathy, hormone balancing, nutrition, prolotherapy, trigger point injection therapy, and more. Dr. Nathan is a graduate of the Pritzker School of Medicine. His highly rated book Healing Is Possible: New Hope for Chronic Fatigue, Fibromyalgia, Persistent Pain, and Other Chronic Illnesses is available on Amazon.com. More information on Dr. Nathan is available at http://www.neilnathanmd.com and http://www.gordonmedical.com. 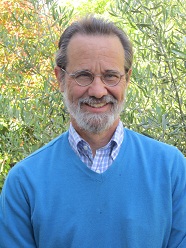 Wayne Anderson ND is a naturopathic doctor at Gordon Medical Associates in Santa Rosa, CA. He has been in practice for 33 years. He integrates mind and body patient care with the strengths of alternative and conventional medicine. He tailors a program unique for each patient to meet their specific needs. His focus on patients with chronic illness led him to the realization that chronic Lyme disease was an important part of these conditions. He has a deep understanding and mastery in the treatment of chronic illness and always strives to learn new options to help his patients. His toolbox consists of tools such as protocols for Lyme disease and mold illness, naturopathic medicine, detoxification, Leaky Gut Syndrome and dysbiosis protocols, functional medicine, autoimmune therapies, Multiple Chemical Sensitivity protocols, hormone replacement therapy, and more. In preparing for this article, Dr. Anderson shared his excitement and passion for his patients in saying, "We are so right there. We are so close. The brass ring is just outside of our grasp." Dr. Anderson is a graduate of The National College of Naturopathic Medicine in Portland, Oregon. More information on Dr. Anderson is available at http://www.wayneanderson.com and