The Patient as Diagnostician: How the Internet Helped an MS Patient Find Her True Diagnosis​ 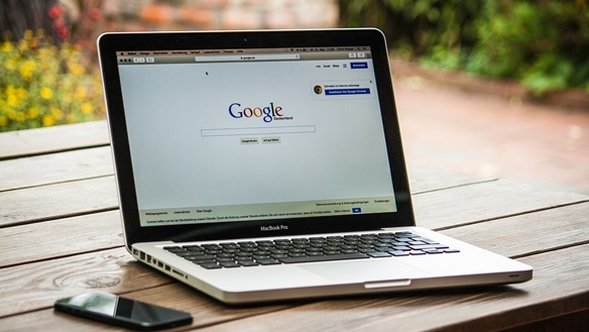 How many of you have surfed the Web to look for a diagnosis to fit the symptoms that you or one of your loved ones is experiencing? As a nurse practitioner, I often see patients who, when dissatisfied with a diagnosis (or lack of diagnosis) given to them by a health care provider, look to the Internet to discover what is really wrong with them.

​Many of my colleagues scoff at this behavior, saying that the Internet is the worst thing that has ever happened to health care. They are displeased when patients come in with a probable diagnosis already in mind and present a list of tests they are convinced are needed in order to prove or disprove their conclusion.

The concern of many health care providers is that the information on the Internet is unreliable and that it encourages patients to obsess over symptoms and even to imagine new symptoms in order to fit the criteria necessary for a certain diagnosis. "A little bit of knowledge is a dangerous thing," they often say.

Most of the patients I see have been through the mill when it comes to doctors and testing, and have lost their faith in the health care system that has failed them. So, it comes as no surprise to me that these patients have learned to take their health care into their own hands, educating themselves to the point of being able to speak "medicalese" like a pro.


Maria: A Case in Point

Maria lives in Austin, Texas and is a petite, 49 year old lady who appears younger than her age. During our first encounter, she explained that she was frustrated and unwilling to accept a recent diagnosis of multiple sclerosis (MS). She had been experiencing recurrent right-sided facial pain (trigeminal neuralgia) for five years which had led her to consult a neurologist.

An MRI brain scan had shown white patches indicative of nerve inflammation. A spinal tap had revealed unusual proteins consistent with an MS diagnosis, and a recent repeat MRI had shown progression of the disease with increased number and size of the inflammatory lesions. Based on her symptoms and these findings, her neurologist had diagnosed her with MS and advised her to begin immunosuppressive therapy in order to decrease inflammation.

Maria had been researching her symptoms on the Internet, and had become convinced that her problem was actually related to advanced neurologic Lyme disease. She had been unable to convince her neurologist that this might be the case. He felt it was a clear-cut case of MS and was not inclined to consider the possibility of an illness that did not appear to be endemic to central Texas.

To placate her, he had ordered a Lyme screening test, the ELISA test, which had come back negative. Because Maria was convinced her problem was due to a bacterial infection, she refused to follow the advice of her neurologist to begin immunosuppressive therapy, fearing that this would affect her ability to fight the infection.

Maria came to me because she had heard of my special interest in the diagnosis and treatment of Lyme disease. I reviewed her medical history and made special note of her report of a tick attachment to her right lower leg six years earlier, followed by a 5 inch bulls-eye-shaped rash. This had occurred while she was camping in a rural area of central Texas.

Symptoms had started soon afterward. Some of these symptoms were typical of both Lyme disease and MS, such as insomnia, anxiety, confusion, dizziness, weakness, numbness, blood pressure fluctuations, constipation, acid reflux, urinary urgency, and exhaustion.

She was also experiencing symptoms that were typical of Lyme disease but not of MS: joint pain, muscle aches, jaw and tooth pain, ringing in the ears, and a stiff neck.

I was familiar with a study published by the Texas Department of Health in 1994 that had revealed that over 1% of ticks collected in eight Texas state parks had tested positive for borrelia spirochetes, the corkscrew-shaped causative agents of Lyme disease. In fact, per the International Lyme and Associated Disease Society (ILADS), borrelia-carrying ticks had been found in every state in the union.

The rash Maria had described on her leg certainly sounded like erythema migrans, the classic "bulls-eye" rash that is diagnostic for Lyme disease. Her negative result on the ELISA screening test that had been ordered by her neurologist didn’t impress me; ELISA tests for Lyme borreliosis are notoriously insensitive. There is evidence that the ELISA has a sensitivity of only 30-40% and therefore does not meet the 95% sensitivity criteria necessary for a screening test.

The Western blot is a better test to use for screening. Unfortunately, most labs do not report the individual reactive bands on the blot but report only a positive or negative end-result based on the presence of bands relevant for epidemiologic rather than diagnostic criteria. It is of utmost importance to choose a lab that reports ALL of the positive bands.


"The history, symptoms, and now the lab results were pointing to a diagnosis of late-stage neurologic Lyme disease (neuroborreliosis) rather than MS."
- Ginger Savely, DNP on her misdiagnosed MS (Lyme) patient


Diagnosis of a sick patient and qualification for epidemiologic inclusion are two different matters! I chose to use the highly reputable IGeneX Laboratories in Palo Alto, California. Through IGeneX testing, the patient was positive for Lyme both by the Westernblot IgM and by antigen captured in the urine. The history, symptoms, and now the lab results were pointing to a diagnosis of late-stage neurologic Lyme disease (neuroborreliosis) rather than MS.

After three months of intravenous (IV) and oral antibiotic treatment, Maria reported several subjective improvements. Her overall fatigue, urinary frequency, and discomfort were lessened. The numbness in her hands and feet was gone, as was her subjective sensation of weakness.

MS is a progressive disease, and although remissions are common, a reduction in brain inflammation is not. This improvement in the patient’s MRI was quite a surprise for the neurologist and served to strengthen my belief that the patient’s problem all along had been neuroborreliosis rather than MS.

Because of the many similarities in the two diagnoses, it is extremely important to pay attention to the patient’s history and development of symptoms, and to know how to test correctly for the presence of borrelia antibodies. MS is a diagnosis based primarily on subjective symptoms, and according to the CDC, Lyme disease is as well.

The previously mentioned MRI and spinal tap findings in this patient were not diagnostic of MS per se, since they are often also present in Lyme patients with neurologic involvement.

When clinicians complain about the incorrect medical information patients come across on the Internet or the tendency for patients to self-diagnose based on this information, they need to look at the bigger picture and realize that the occasional enlightening discovery is well worth the inevitable false alarms.

I continue to support patients who research their symptoms on the Web, believing it empowers them to be proactive about their health care. Sometimes, as was the case with Maria, this kind of patient collaboration can prove to be a life-saver. 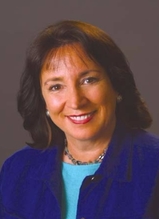