August 1, 2014 in Interviews by Lisa Hilton, with Josh Cutler 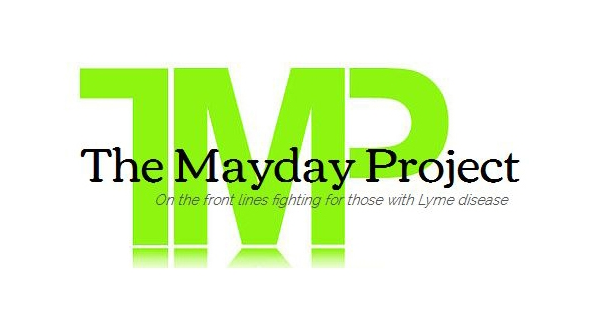 Lisa Hilton: Josh, thank you so much for doing this interview for Public Health Alert. We would like to thank you for all that you have been doing for the Lyme community over the years and say that we are grateful for all that you have accomplished, notably with the last Mayday Protest. In your interviews you have done for Mayday you say you have been sick for a long time. Can you tell us a little about your illness? How does it affect your life and how long have you been sick?

Josh Cutler: I've been sick with Lyme disease for eight years –two of which I was misdiagnosed. It's affected ever single aspect of my life -personally, socially, and my ability to work. I'm no longer able to enjoy the things I once enjoyed in life. My symptoms range from horrible brain fog, memory issues, visual issues, cardiac issues, being light headed, and an inability to exercise.

Lisa Hilton: What made you decide to become an activist?

Josh Cutler: I'd lost a close friend to Lyme disease. I took her loss hard and realized I wanted to try to help fight for change.

Lisa Hliton: In what ways has it helped you personally to advocate for other Lyme patients? I know it must be hard while being so sick yourself. What have been your most difficult obstacles in trying to fight for awareness?

Josh Cutler: The obstacles are trying to run an organization and advocate for a community of sick people, which is taxing on anyone. For someone who is chronically sick it is tenfold. It has helped me realize I am not alone in this battle. Thousands of people out there are fighting the same fight. My health has been my biggest obstacle.

Lisa Hilton: How many Mayday events have you participated in?

Lisa Hilton: Can you tell us how this year was different from previous years?

Josh Cutler: This year we felt like we helped start real change. All who attended the events felt a deep sense of hope. We are at the start of having open dialog with the IDSA. They know who we are, and what it is we are requesting as a community.

Lisa Hilton: Can you give us a general run down of what happened this year? What was it like to be inside the walls of the IDSA headquarters and actually speak face to face with their representatives?

Josh Cutler: We had a two day protest in Arlington, Virginia. We surrounded the IDSA building with Lyme patients and protesters, while a billboard truck slowly circled the building. We had the attention of all of Arlington. It was a surreal feeling to be inside. None of us thought they would even engage us with us. Once allowed inside I realized they were aware of who we were and that people are really sick. It was a bit intimidating as they came down with three representatives. We presented our case well and provoked emotion from those we met.

Lisa Hilton: What are the goals of The Mayday Project for the next year?

Josh Cutler: This year we plan to compile the most recent scientific studies and peer reviewed research and continue to present it to the news media and the IDSA, asking them to review our case and reconsider their guidelines. The Mayday Project will be attending I.D. this week, which is the Infectious Society of America's week long conference on infectious disease. Not only will we be present at the conference, we will be outside protesting in large force as well.

Lisa Hilton: I know you work with an excellent team of other Lyme patients, would you like to give them a shout out to?

Josh Cutler: For sure! Allison Hoffmann, Amber Limbaugh, Lisa Hilton, Tracy Hamer Will, Will Duggan, Melissa Ann, Saby Mo, Bruce, and everyone who helped online to accomplish this year’s goals.

Lisa Hilton: Do you see change coming in regards to what we can expect for the treatment of Lyme patients in the near future?

Josh Cutler: It's quite possible. We have huge plans this year. Unfortunately, the medical and scientific communities are generally slow to change and even slower to admit they were wrong. Still, it seems the tides are changing and Lyme patients have reason to hope.

Lisa Hilton: Thank you, Josh, for taking time to answer these questions. We appreciate all the time and effort you have placed towards advocating for Lyme disease awareness.

Lisa was the US coordinator for the Worldwide Lyme Protest for two years in a row and also does free teleconferences that address the spiritual side of Lyme disease with Jenny Rush. To find out more, visit www.lymethriving.com.