The Difference Between "Depression" And "Lyme Depression"​ 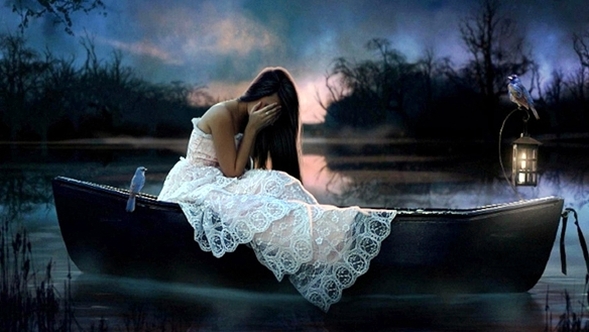 There is severe depression, and then there is Lyme depression -which, for many with Lyme, is not actually depression at all. It is emotional numbness but they do not know how to describe it, much less care to whilst in a numb state. So when they see they their Lyme specialist or any other doctor and are unable to describe their emotional state as anything but “unable to enjoy life,” it is assumed the individual is suffering from depression, and rightfully so. From the outside looking in, the person does in fact appear depressed. The thing is, though, their emotional state is not so much unstable as it is non-existent. In fact, it is stable, as in steadily numb. They would give almost anything to be depressed, as odd and unbelievable as it may sound, because they would do anything to feel no matter the cost. Debatably, feeling horrid heartbreak is far better than feeling nothing at all. What can a person with Lyme do in this situation, though? See a psychiatrist? Meditate? Make positive life changes? No. The answer is more complicated and positive affirmations may not do the trick this time, because the answer lies more in physiology than psychology on this one. For many, Lyme actually destroys their serotonin receptors -making anti-depressants which chemically alter the brain useless and dangerous at best.

To dig deeper into answering “why” the serotonin receptors are destroyed, we must first go back to the starting point. Neuroborreliosis, and almost all coinfections accompanying it, breed panic attacks like wildfire. Scientists at the National Institutes of Health concluded that people with panic disorders have a drastic reduction of the serotonin receptor “5-HTIA” in three areas of the brain. However, for people without an underlying condition sparking the panic, such as Lyme, this may be fixable with the use of more mainstream methods. Unfortunately, like most things with Lyme, the answer for Lyme patients is not so clear cut.

A large majority of individuals with Lyme disease have high cortisol levels, leaving them stuck in fight or flight stage. This is not unlike the feeling an average person feels when they have adrenaline pumping through them whilst facing a life-threatening, or terrifying event. However, it is unlike that feeling because an average person does not stay in the fight or flight stage, while a person with Lyme does. In turn, this demolishes serotonin receptors, making the individual numb and cancelling out the feeling of panic, also demolishing any clues that the culprit could in fact be panic.

All things considered, one thing is clear: Going to the root of the problem is almost always the solution to fix things in life, but this may or may not be the case in a situation like this. Whether it is panic or not causing the emotional numbness is irrelevant to the individual experiencing it, as they lack the ability to so much as care to find out what is causing it. So, it seems their serotonin receptors must be increased in order to motivate the individual to get to the root of the problem.

How does a person increase their serotonin receptors?

In rare instances such as this one, illusions and science might actually go hand in hand. At least, for me this was the case. After almost two years of lacking the ability to feel, going through every antidepressant on the market, and one failed attempt at suicide, I heard psychedelic mushrooms can cure depression. Perhaps not forever, but for awhile. For me, that was all I needed to hear. I did not even learn the scientifics of why they could do so until after I took them. Needless to say, they worked. I got off antidepressants a week later. It has now been a year since that life changing night when I waded out into the dark waters of psychedelic mushrooms while already neurologically impaired with nothing to lose but everything to gain. I am still off antidepressants and mostly happy, despite a life designed for depression. When I did them, I did not do enough to hallucinate and meditated the whole time. It lasted three hours. Three hours did what years of other therapies and medications could not. Simply put, psychedelic mushrooms do not actually alter the serotonin receptors in the brain, they mimic them, making a person feel as if they have twice the amount of serotonin receptors than they really do.

In depressed and/or anxious individuals there is over activity in the anterior cingulate cortex. Psilocybin possesses the power to switch off the over activity in this part of the brain [7]. Then, rather than increasing levels of serotonin in the brain, Psilocybin binds to serotonin receptors and mimics them, causing the brain to function as if it has more serotonin without actually altering the levels themselves. This last part is a crucial defining factor in deciding if it is safer to treat a person with antidepressants or mushrooms.

A serious and potentially fatal syndrome called ‘Serotonin Syndrome,’ which occurs when serotonin levels become too high, can occur from taking antidepressants. Many render this rare, but considering antidepressants increase the chemical serotonin in the brain, developing serotonin syndrome is a possibility to consider; as ‘rare’ is not a synonym for ‘nonexistent.’ As all with Lyme no, rare can easily serve as a synonym for quite possible. Psychedelic mushrooms, on the other hand, do not put you at risk of developing serotonin syndrome because Psilocybin merely mimics serotonin receptors rather than actually increasing serotonin levels.

Of course, I am in no way, shape, or form saying this method of treatment is for everyone. Absolutely not. I am simply sharing what worked for me in the past. 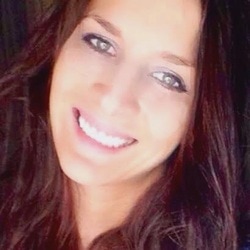 Public Health Alert's mission is to investigate Lyme disease, associated conditions, and chronic illness.
Copyright ©2006-2018 Public Health Alert, All Rights Reserved
PHA
Disclaimer: The information on this website is not a substitute for professional medical advice.
​Always consult with your treating physician before altering any treatment protocol.