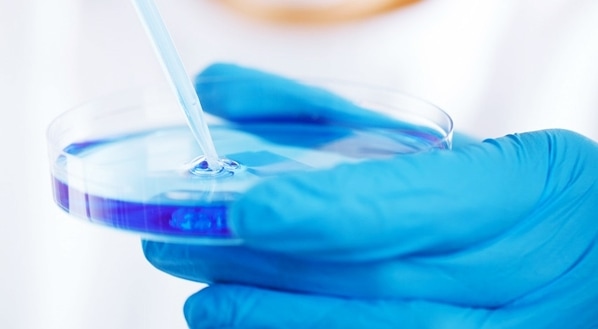 ​It can truly be said that the road to physical Hell is built on immune system dysregulation (including hyper-reactivity and autoimmune reactions) and inflammation. Most chronic diseases, in fact, involve elements of both, typically locked in a biologic "crosstalk" between organs and systems from bowel to brain that is interactive and, unless arrested and turned around, sends sufferers into a downward spiral. Chronic Lyme disease is no exception.

​Thankfully we physicians have powerful tools at our disposal to help chronic disease patients negotiate their way off the road to physical Hell. Among these are nonembryonic (adult) stem cells. Before delving into the particulars of how adult stem cells can remediate Lyme disease, we first need to review how the causative microorganism (3 species of Borrelia) wrecks havoc in the body.

Here in the US, Lyme disease arises when the Borrelia burgdorferi sensu stricto spirochete is injected into its hapless human victim by an infected Ixodes tick. Typical early onset symptoms include fever, headache, fatigue, and a characteristic bulls-eye rash on the skin called erthyema migrans. If left untreated the spirochete then spreads via the bloodstream to joints, heart, the peripheral nervous system, and central nervous system.

Although Lyme sufferers’ bodies churn out antibodies to B. burgdorferi, these are often ineffective in tagging the spirochete for attack by phagocytes and other components of the immune system. One reason for this is due to the fact that B. burgdorferi decreases the expression of surface proteins that are targeted by antibodies.

In addition, it has shown the ability to inactivate vital immune system players such as complement, hide within the extra-cellular matrix that provides support to tissues, and alter key surface proteins on their surface that would normally provoke a powerful immune response.

This insidious pattern of undermining the host's native defenses continues in instances in which the spirochete enters the brain. Here it may induce astrocytes to proliferate and then die off (astrogliosis), which may account for many of the neurologic dysregulation and resultant symptomology linked to Lyme disease.

In addition, B. burgdorferi is believed to cause microglia and astrocytes to secrete neurotoxic compounds such as quinolinic acid, Interleukin-6 and Tumor Necrosis Factor-alpha. The latter two are cytokines that may contribute to the cognitive impairment that many Lyme disease patients exhibit.

On top of everything else going on in the chronic Lyme disease sufferer's body, it seems likely that the infection results in the chronic secretion of stress hormones that both produces and feeds fatigue. About 10-15% of untreated Lyme disease patients develop neuroborelliosis, a condition that can produce a wide range of symptoms and conditions including facial palsy, meningitis, shooting pains, numbness and tingling in the hands or feet that can rob sleep, cause vertigo, memory loss, and mood changes as well as unusual or abnormal skin sensations.

In some cases patients experience panic attacks and "high anxiety," while others become delusional and even become detached from reality (Depersonalization or derealization syndrome.) Some develop full-fledged psychoses.

Lyme disease patients are also prone to develop arthritis in their knees and other joints, as well as to experience fibromyalgia. There are also cases of patients with chronic Lyme disease being diagnosed with ALS, MS, schizophrenia and other neurologic maladies which improved or were seemingly resolved following containment of their infection.

The conventional approach to managing Lyme disease focuses on antibiotic therapy which appears of limited utility. Actually up to 30% or more of those who have completed a course of antibiotic treatment continue to experience symptoms such as severe fatigue and muscle pain, sleep disturbance, and cognitive difficulties (In-a-word, Fibromyalgia and chronic fatigue syndrome.) This is attributed by some doctors to the survival and continued activity of Borrelia, and by others who believe the infection triggers an autoimmune reaction that persists over time.

Interestingly, to-date at least four randomized controlled clinical studies have been carried out to gauge the impact of long-term antibiotic therapy for chronic Lyme disease with none producing results that support this. With the standard approach to managing Lyme disease pretty much a bust, patients and physicians are logically turning to modalities and treatments geared to help eradicate (or at least curtail the activity of) the causative microorganisms or manage the inflammation, pain and such they produce or both.

For more than a decade now my associates and I have been heavily focused on the use of both autologous and allogenic stem cells to address chronic, often progressive diseases including many that involve viral, fungal and/or bacterial players. This includes extensive work with colleagues in Mexico administering pure cord bloodstem cells, as well as treatments in my Mission Viejo (California) clinic in which patients are given their own stem cell-rich bone marrow and fat tissue.

What we have observed and documented is that while stem cells themselves will not eradicate microorganisms, they can complement a patient's native immune defense and help reduce and in some instances eliminate inflammation, neuropathy, pain and fatigue. They also assist in repairing and reversing tissue damage including Lyme-damaged epithelial tissues.

Bone marrow, fat tissue and a gelatinous layer around blood vessels in umbilical cords called "Wharton's Jelly" happen to contain vast numbers of a very versatile stem cell called mesenchymals. Technically these are classified as being multipotent, which means they have the inherent capability to differentiate into a wide range of somatic (body) cells including neurons and oligodendrocytes, endothelial cells, osteoblasts (bonecells), chondrocytes (cartilage-secreting cells), andadipocytes (fat cells.)  They also produce and express a wide range of growth factors that stimulate cellular growth, proliferation and differentiation.

Mesenchymal stem cells have also been shown to modulate and even down-regulate autoimmune processes (which accounts, in part, for improvements seen in persons with autoimmune diseases like MS who have been treated with them.)

In Mexico, pure cord blood derived mesenchymals (typically 1.5 million infused intravenously) alone and used in tandem with CD34+/AC133 cord blood stem cells:
Similar results in these diseases and medical conditions as well as others have also been documented with regard to patients treated with their own stem cell-rich bone marrow and fat tissue in my clinic. Among these:
​Aging adds a layer of complication to the chronic disease picture because stem cells that reside in the marrow of people over age forty (40) tend to be devitalized and less able to respond to "come hither" signals from damaged or diseased tissues (In healthy young people, an injury or disease generates biochemical signals that stimulate their marrow to mobilize stem cells which then migrate to the affected tissues and engage in repair and restoration activities.)

To offset this I worked out and tested a method of purging older patient's marrow ofdevitalized stem cells using FDA approved drugs such as colony stimulating factors and various technologies including intermittent hypoxia therapy. This calculated mobilization stimulates the bone marrow to then generate replacement stem cells which tend to be healthier and more vital. Once this is accomplished, the marrow is harvested and then injected or infused (depending on the condition being treated.) This is touched on in the November-December 2010 issue of my open access clinic newsletter at http://stemcell.md/newsletters/nov2010.pdf.

The contrast between the results seen in older patients who received their own bone marrow sans the "revitalization method" and those who got revitalized marrow has been striking. Well-documented case histories are being accrued now and will be published in the future. While allogenic and autologous stem cell therapies, both standalone and used in tandem with complementary treatments, cannot cure Lyme disease, they can help patients contain and reduce symptoms such as intractable fatigue, pain, inflammation and a whole host of neurologic issues. 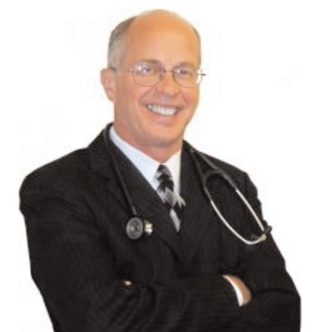 You can learn more at Dr. David Steenblock's website personalized-regenerative-medicine.com