Raising a child with down syndrome​ 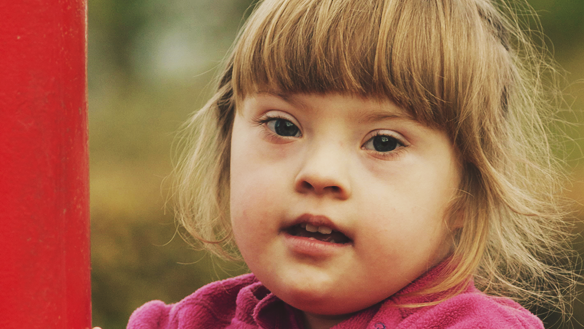 I would like to introduce to you, Joshua, my first foster child. He has Down Syndrome. He was 11 years old when he came to live with us 16 years ago. The definition of Down Syndrome is a syndrome that causes slowed growth, abnormal facial features, and mental retardation. Down Syndrome is caused by an extra copy of all or part of chromosome 21. The physical features are a flatter face, upward slanting of the eyes, and a larger tongue. Medical problems could consist of heart defects and mental retardation to different degrees.

Back in the 60’s and 70’s it was suggested that kids with this disability should be put in state or private institutions. Most families complied and very few stood their ground and received their blessings.

Joshua’s grandmother told me that he was not walking yet at the age of four. He would watch out the window and see his brothers playing and riding bikes. She told Joshua he could go out as soon as he walked. It was soon after that, that he walked. When I got him, he was just starting to ride a bike. He wanted to keep up with my biological son, Isaac. They rode and played together. They were not only instant friends, but brothers.

We soon introduced him to different things. We took him swimming quite often. The first few times he hung on to my neck and screamed. It took several tries before we actually got off the first step. Our next step was to use a life vest. Once he learned to control it, he really enjoyed swimming. Now he swims without a life vest. Life has always been exciting and awesome with Joshua.

Some people think because Joshua has a speech impediment that he is profoundly retarded. I can attest to it, that he is very smart. One time he had been asking permission to go to a friend's house. He was in Junior High. I explained to him that I would have to meet this child's mother and then we could arrange a day they could get together. Well, this wasn’t good enough for him.

He was staying with my neighbor one day until I returned home. I called to let them know we were home and to send Joshua home. After several minutes I realized that he hadn’t arrived. Upon calling them back we realized he had flown the coop. I had just called 911 when I received a call from some people that found him walking down the road. They brought him back home. It turns out he was determined to go to his friend's house. He was actually almost there. He had directions, address and a phone number in his pocket, and also was able to tell the people his home phone number. I was not excited about this transgression, but in my book that’s pretty smart.

Some people are very afraid of him, probably because he looks different. Joshua just had fun with this. We were standing in line at a six flags ride, when this teenager was looking very uncomfortable. As I was still contemplating how to fix this, Joshua got up real close to him and very quietly said, ”Boo!” The teenager jumped back so fast that he started a small domino effect with the people in line. We fortunately do not see that too often anymore as the kids today are more aware and are surrounded with children with special needs.

The degrees of mental retardation vary from mild to extreme. Some can speak better than others. Some are more capable of going higher in school. In my opinion, Joshua is very smart, hard to understand, but very smart. The school officials said he was unteachable. I asked them to teach him sign language, so they signed to him. When he could not sign back they said they could not teach him. Three days a week I went up to the school and taught 4 young men from special ed. to read. We could not understand Joshua, but he learned to sign the words. He was reading at a first grade level.

Although he is presently 27 years old, I home-school him with my other children. He loves and thrives on school work. He also looks forward to participating in sports with teenagers. We do not treat him like a baby. However, we also do not treat him like a 27 year old, but rather like a teenager or young man. Having a child with Down Syndrome is a complete joy and blessing, and I would not mind having more of these little blessings.