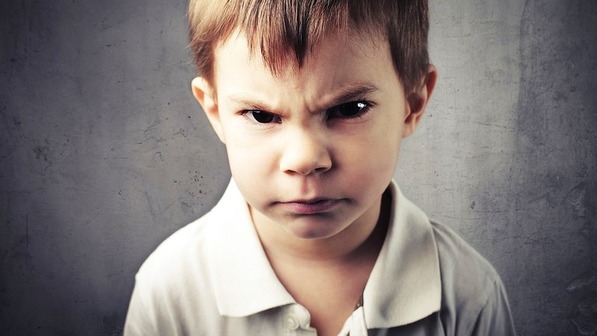 Opening the door of my office one day in May 2001, I stepped back in surprise. The teenager standing there wore a brilliant orange, neck-to-foot jumpsuit. There were shackles with chains between her wrists and she was hobbled by more chains between her ankles. Surrounding her were two rather determined-looking women, looking at me doubtfully. I had known that 17-year-old Vicki was coming from a juvenile detention unit, but I hadn't expected matrons, manacles and chains.

Vicki was brought to see me for a psychiatric opinion as to possible causes of behavior that led to her arrest and of her episodic rages. Apparently, in the prison, she was noted for being pleasant and compliant one moment, but suddenly, especially perhaps when there was a clang or scraping noise, flying into bizarre rages, wherein she had to be physically subdued and taken back to her cell by force. The matrons were decisive but generally friendly to her, she said.

Vicki's history, from her mother and herself, was of great interest. At age 7, she had a number of bull's eye rashes that were misdiagnosed as "ringworm." She suddenly became drastically ill and fell comatose. "Paralyzed all over," she was hospitalized. The specialist astutely diagnosed her as having Lyme encephalitis. Unfortunately, this serious condition was treated with only a 10-day course of IV antibiotics. She awoke from the coma looking good as new, and went home to a relieved family. Vicki, herself, could only recall "having trouble walking while in the hospital." Her mother reminisced that Vicki seemed different somehow after that, although she had never thought of a connection between these things before. Certainly, the child had undergone a personality change. Vicki had been agreeable as a young girl, but she gradually became antagonistic and had a loss of interest in grade school subjects. By age 11 she was downright oppositional. She used increasingly poor judgement and had inadequate control over her emotions. Schools classified her as "Emotionally detached/Learning disabled" At about this time, Vicki's parents divorced, and her mother assumed that the coincidental turmoil accounted for her daughter's escalating personality change and worsening school performance. Vicki's mother said, "The change in her personality was such that I thought of finding an exorcist." Then came Vicki's defiant, delinquent behavior and brushes with the law. She pushed that aside entirely with the notion that her trouble only related to her friends' bad influence on her and their setting her up to take their raps.

Vicki's antibody blood tests came back with 5 positive Western Blot bands diagnostic for chronic Lyme disease. We were able to enlist the help of other skilled Lyme literate professionals to evaluate her further. They prescribed doxycycline and gabapentin for her persistent Lyme disease and its behavioral and cognitive consequences. At her court hearing in December 2001, their written testimony was offered regarding facts of her general and cerebral spirochete bacterial infection. A successful plea was entered on behalf of her release on electronic probation from what amounted to jail.

No one noticed much change in Vicki when she was on the doxycycline, she and her mother said. However, upon my phone follow-up questioning in January 2002, Vicki described herself as having a "different state of mind - I'm calmer than I used to be. I can handle myself. I am not so tired all the time, and I am happier." Taking modafinil and gabpentin as prescribed, she also appeared to be more and more psychologically stable. In addition, she is not as physically symptomatic as she was before she took the recent oral doxycycline. The chronic Lyme disease symptoms that, while she was in jail, felt to her just like her own personal peculiarities - chills, sweats, fatigue, multiple joint pains, headaches, rashes, difficulty thinking and concentrating, and trouble reading - all began to fade. Due to her mother's wise persistence, Vicki is undergoing medical evaluation for further antibiotic treatment. However, it is hard for Vicki to conceptualize that a brain infection might have been behind her serious troubles with the law - "I was just immature." she says, "Now I want to get an education - I want my life back."

Vicki is at home under house arrest now, wearing an electronic "bracelet" (monitor). She hasn't experienced life in the crucible of the outside world since she was treated with the recent antibiotics. The greatest challenge she faces is the general one facing Chad, an 18-year-old youth whom she has never met, but whose saga is so similar to hers that they seemed to have been cloned.
Chad was described by his mother as being "the most agreeable child I have ever known. Good humored, intelligent, he was a big favorite of all who knew him as a little boy." Bitten by a deer tick at age 13 with resultant bull's eye rash, he was treated, as per medical convention then, for 30 days of only twice daily oral doxycycline. He too, underwent a personality change and gradually became defiant, delinquent and seriously depressed. He demonstrated extremely poor judgment. His mother often said that due to the extreme change in his personality, it seemed as if he were "possessed." Chad turned to drugs and alcohol in part for pleasure, but also because they quelled a strange inner restlessness which kept him urgent - pacing and racing. Because of his poor judgment, Chad had totaled several cars when he came of age to drive. His anxious parents sent him to private military and juvenile training centers that he now thinks were of little help.

I first learned of Chad's situation when his mother asked if I would agree to see him. He had spent some time in jail with 5 charges pending against him, was due to see the judge in the morning, and she hoped it would help if a future psychiatric evaluation could be arranged. Apparently, a wary judge reluctantly approved Chad's transfer to house arrest.

At first it was touch and go at home - Chad's rages continued - in part because he still felt driven and restless. He craved release from house confinement. During the day, he continuously paced and at night he had dreams of alcohol and drugs - he was desperate for anything that would provide surcease from his near- explosive agitation and wished to be rid of his ankle monitor. Only the fear of the greater confinement of a return to jail helped to keep him in the house and then barely so. He managed my prescriptions irresponsibly (At that time, his medications included risperidone, benztropine mesylate and an occasional alprazolam when he experienced panic attacks), necessitating that his mother administer even the mildest medications. Testing was positive both for the presence of DNA of the causative spirochetes and the presence of his antibodies to them. There were 6 positive bands on his Western Blot blood test for chronic Lyme disease. His SPECT scan showed diffuse hypoperfusion (lowered blood supply compatible with Lyme disease) of his brain.

Currently, Chad is more responsible with his medications. They now consist in part of gabapentin, mirtazapine and olanzapine. The risperidone is being phased out. He says that he could feel the clarithromycin antibiotic working to help him the day he started it. He is calmer now, but like Vicki, he is not yet ready to be fully tested in our complex world. And, like Vicki, Chad is reluctant to believe that his floridly positive tests for chronic Lyme disease and his clinical diagnosis of neuroborreliosis could have anything to do with his behavior. Teens are no exception to the fact that people like to believe they are fully in charge of themselves, even if they are making major mistakes. Seeming to cop out with the excuse of having a chronic brain infection appeared totally unacceptable to him.

Both of these young people have lost any idea of what they really are like, what they are capable of, or who they could be. They do not remember and have lost track of the person they started out to be. Their childhoods were distorted by ticks laden with spirochetes, long-lasting agents that are toxic to personality maturation. Each had dramatic personality changes over which they had no control and which were explained away as coincidental to some current event unrelated to the tick bite. Each mother had the feeling that her child must have been "possessed," although they did not really believe in that possibility. In truth, these two young people were possessed-they were taken over by an unrecognized nervous system infection that pillaged their normal development.
The challenge now for each young person is to undertake the missed steps of lost maturation, recover a healthy sense of self and to use it to adapt to the real adult world in ways that work for them and for society. This may prove to be a Herculean task. It is an on-going experiment as to whether Vicki and Chad can surmount the loss of 5-10 formative years and, in Chad's case, the coincident abuse of the street drugs and alcohol that falsely promised relief from the symptoms of tick-borne disease.

Gradually, these two young people are beginning to understand the importance of dealing with the minute terrorists that hijacked their childhoods. Their own government once destroyed perpetrators of piracy on the high seas and lately it has not been reluctant to seek out and destroy human terrorists. One wonders when the same aggressive attention will be given by our government to tick and spirochetal plunderers of this generation of America's pirated children. Make no mistake-it then could be possible that the need for aggressive attention to the lost children themselves would become unnecessary.