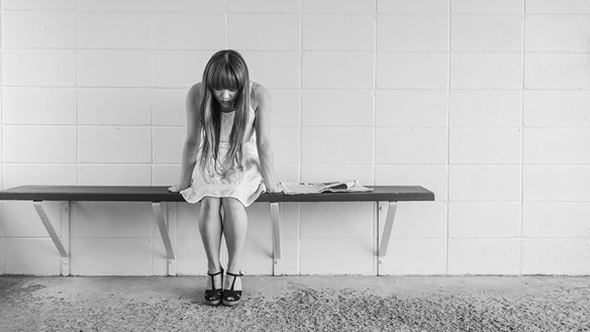 People in panic are no strangers to my psychiatric office. For 42 years, I have helped people cope with intense feelings of fear: People gripped by the terror of a racing heart, feelings of impending doom, a sweaty brow, and no discernible contributing physical illness. Many of these patients have developed a fear of the fear itself, and a panic attack occurs whenever they are reminded of their previous terrifying attacks.

More and more lately, I am seeing the same symptoms in adult people, young and old, who demonstrate an important additional factor. Although they have been examined by one medical specialist after another, there never really have been any good medical explanations for a host of other odd or even commonplace physical problems they have. For example, some of these problems have shown up in a local physical education teacher. He experienced a sense of disorganization, surges of heat and/or chills, on/off rashes, extreme muscle pains, spells of utter fatigue, a pounding of the heart on slight exertion, ringing of the ears, blurring of vision, bizarre neurological pains, transient joint pains which sometimes included a swollen joint, TMJ, forgetfulness, exquisite sensitivity to sound, to touch, or to medications, restless leg syndrome - especially at bedtime, dramatic weight changes, muscle weakness, sleep attacks, and muscle twitching, especially one eyelid and a finger.

Other people notice that they have an area of numbness, for example, of the hands. They may complain that they can no longer play the piano well because their hands feel heavy and they are clumsy. Some have severe neurologic pains which often mimic sciatica and other problems. There is usually a history of repeated serious attacks of sinusitis, bronchitis, migraine-like headaches, sleep attacks, and/or pneumonia.

A sub-group of these panicky people have problems which appear to be largely gastrointestinal. Stomach pains, nausea, or even Crohn's disease rule their lives. Nearly every one of unsuspected Lyme sufferers comes to me believing their symptoms are the result of stress, hypochondriasis, or personal weakness. Generally, they are bewildered by the devastating power of their panic episodes to bring them to their knees. They also are bewildered and angered by the attitude of their physicians, who seem to feel helpless to understand the meaning of the symptoms once the usual lab tests come back negative.

In addition, many of these folks are sullen, irritable, and feisty. At the smallest provocation, they can go on a verbal attack. At times, they lash out with a stream of unedited hostility which comes straight from their subconscious minds. They justify this at the time, but sometime later it may seem to them, as it seems to others, like an extraordinarily strange over-reaction. Their startled companions may make a quick exit. Friends begin to distance themselves as these emotional outbursts become daunting. The patient becomes emotionally more isolated, depressed, and frightened. The sense of alarm intensifies, and they live in dread of their misery, their helplessness to control this or their panic spells. Sometimes suicide seems like a positive option to them. Not a few take to street drugs or alcohol or both in an effort to self-medicate. Many feel forced to stay in the safety of their homes, lose their jobs, and their relationships.

There are many Lyme disease cognitive symptoms that cause rushes of panicky feelings. The most typical is what I call "Lyme urgency." This is a psychological feeling which is related to a need to drive oneself to attend to tasks, combined with a feeling of concern if one doesn't act on every task at the moment that one thinks about it. What results is less overt panic at the time and more chaos in the long run. The distraction that one experiences from this compulsion leads to unfinished tasks and then exhaustion as one works longer and later to fix the chaos from all the interruptions. This, in turn, connects the panic to depression in many people.

Other symptoms of tick-borne diseases are so scary that the resulting panicky feelings are even easier to understand: sudden severe pain, unexplained sudden drops in blood pressure, memory loss, a sense of going crazy, sudden sleep attacks while driving, etc., the sure sense that something is terribly wrong despite the fact that everyone is reassuring you that "your laboratory numbers are good" and "you look good." These are examples of what I refer to as a "normal sense of panic." The lack of being believed by others whom one ordinarily could trust leads to a sense of abandonment and fear.

With the exception of a rare few souls, the vast majority of such panic sufferers are greatly relieved to learn that they are not crazy - something which is universally feared by panicky people. Sobered by the knowledge of infection, they are yet delighted to know that the cause of much of this is tick-borne disease, such as Lyme disease, and that the infections are treatable. The diagnosis is made clinically. Usually, but not always, it is verified by blood and urine testing via a sensitive laboratory. I personally recommend IGeneX Reference Laboratory of Palo Alto, CA.

It is difficult to eradicate disseminated tick diseases. But, for example, the use of the proper oral macrolide antibiotic treatment in high, but appropriate, doses for the duration of the physical symptoms affords some real relief from the panicky feelings. Until that stabilization occurs, however, anti-anxiety medication or antidepressant drugs or both can be used to provide freedom from this paralyzing dread. Sometimes treatment even has to continue beyond the antibiotics' duration.

The diagnosis of Lyme disease or other tick-carrier disease in the panic-ridden person means that the patient has a multisystem infection. The causative germ's effect causes a strong feeling in the patient that something is terribly wrong. If it is Lyme or another tick-carried disease, they have been right all along.