May 25, 2014 in Science/Research by Eric Barbye, PharmD Candidate 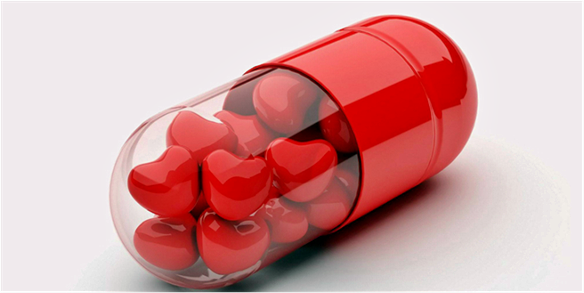 It has been suggested, albeit seldom studied, that oxytocin (OT) may help explain delays or impairments in social development in patients with autism spectrum disorder. Oxytocin has been shown to be involved in such social behaviors as mating, nursing, social attachment, and parental behavior (Gale, Ozonoff, and Lainhart 2003).  For this reason, oxytocin has been touted as the "love drug".  Oxytocin is a hormone that acts both in the brain ("centrally") and in other parts of the body ("peripherally").  In the brain, oxytocin plays a role in sexual arousal, bonding, romantic attachment, and maternal behavior.  Peripherally, oxytocin aids in cervical dilation before birth, uterine contractions during labor, and milk production during breastfeeding.  In addition to these classical responsibilities of oxytocin, there have been recent studies that suggest its role in autism as well.

First, it has been postulated that induction of labor with large amounts of synthetic oxytocin (Pitocin®) may cause a downregulation of oxytocin receptors in the child's immature brain due to desensitization. This might make the child vulnerable to autism because once the child begins producing oxytocin, there are less receptors for oxytocin to exert its effects (Hollander et al. 1998).  However, there is at least one conflicting study that was unable to correlate oxytocin induction rates and autism (Gale et al. 2003). In the same study, there was also no correlation between induction rates and IQ level.  It is likely that this has contributed to conflicting opinions regarding oxytocin as a treatment option for autistic patients.

It has also been studied that while oxytocin (OT) levels in some autistic patients are low, those same patients have high levels of the precursors to oxytocin - collectively called C-terminal extended peptides (OT-X).  Green et al (2003) showed that, in the autistic sample, there was a statistically significant decrease in OT, increase in OT-X, and increase in the ratio of OT-X to OT.  This suggests that autistic children have alterations in their endocrine oxytocin system, which may be relevant in the development of this syndrome. Therefore, it is not necessarily a deficiency in producing oxytocin; rather, there is a dysfunction in the processing and "activation" of OT-X to the OT form.

Due to the aforementioned mechanism, treatment of autism with oxytocin may prove beneficial.  In one study (Andari et al. 2010), patients with high-functioning autism spectrum disorders (HF-ASD) were treated with intranasal oxytocin, and compared to both normal patients and HF-ASD patients who were given placebo. All patients then performed two tasks related to social decisions and emotions. Statistically significant improvements were shown in the patients treated with oxytocin when compared to the placebo group. This suggests that exogenous administration of oxytocin - that is, not made by the body - improves the social insufficiencies that some autistic individuals experience.

Since the intranasal oxytocin used in Andari et al. study is a synthetic analog of the oxytocin that is produced in the body, this could be considered a viable option for autistic patients who avoid eye contact and do not spontaneously interact with people. These social inadequacies may be present even in autistic individuals with normal language and/or intellectual abilities. It should also be noted that oxytocin is not an FDA-approved treatment for autism, but statistically significant benefits have been shown in several small-scale clinical studies.