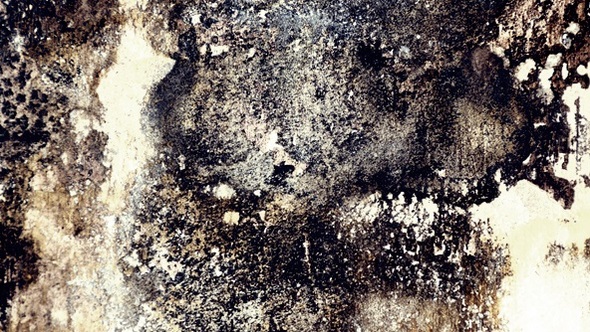 ​Recovering from Lyme disease has been a huge part of my life for almost a decade now.  When I first began this journey I had no idea how many pieces to this puzzle I would have to put together to solve my body’s health crisis. What I had learned is that the devil is in the detail.  The devil for me was MOLD, and boy did it put me through hell and wreak havoc on my already Lyme immunosuppressant body.  As, being in an environment with mold, can make one’s Lyme disease experience much more severe.

Mold can develop indoors and outdoors and while it can grow in any season or environment, it flourishes in warm, damp, and humid places.  Mold implies many types of fungi that develop in filaments and breed by creating spores.  Spores cannot be seen, though when the mold spores land on a moist surface, mold begins to grow.  Also, mycotoxins, which are toxic chemicals, are found in mold spores.  Molds that are usually seen inside are called Cladosporium, Penicillium, Alternaria, Aspergillus, Stachybotrys chartarum (green mold), and Stachybotrys altra (black mold).  This black mold is what ended up greatly affecting my health and added to the cause of completely debilitating me in 2011.

At that time I was living in an apartment, which looked to be clean and mold free.  However, I did not realize that there was mold in-between the walls.  I had been living in that apartment for a little over two years, and my health had drastically declined during that timeframe.  At that point my main focus was only to try to kill the pathogens brought on by Lyme disease to help my symptoms improve.  I did not understand that while lowering the pathogenic load is crucial in the recovery process, there are also many other factors as well that may need to be addressed.  I ended up contacting a physician, and during a consult he asked me about mold.  I dismissed his question and stated that my problem was not mold and that it was in fact Lyme.  At that point it had taken me so many years to get this Lyme diagnosis, so the thought of having a problem like mold that was adding to my devastating symptoms was inconceivable to me.  I never looked at mold as being a big deal and I had no idea the magnitude that mold mycotoxins could play on one’s health.  Like Lyme disease, it is very misunderstood and can completely debilitate people.

Toxin forming molds come about when moisture is joined with cellulose.  The moisture is usually due to flooding, leaks, broken pipes, or inadequate ventilation.  The cellulose source usually involves drywall, carpet padding, wood, paneling, and dust.  Unfortunately, something that most people don’t realize is that if a substantial amount of water joins with cellulose and is not dealt with within 48 hours, mold will begin to grow. Molds with the capability of forming toxins will do so when their colonies come in contact with chemicals like adhesives, paint, and stains.  Toxins are formed as a defense against these man-made chemicals, which can have serious health consequences on those genetically susceptible to this exposure.


About 25 % of the population is genetically susceptible in developing a chronic inflammatory illness brought on by inadequate removal of bio-toxins. Developing this illness is based on their immune response genes known as HLA-DR.  When they are exposed to a water-damaged building, their body is faced with a foreign substance.  People without this HLA gene are able to recognize that this substance is bad and develop antibodies to bind these substances, known as antigens.  Next time when their bodies come in contact with a water-damaged building, the antibodies will know to target the antigen and dispose of it immediately.  Unfortunately, people who have this specific HLA gene are unable to clear this antigen, allowing it to stay in their body.  As these foreign antigens stay in the body, the immune system tries to continually fight back, creating chronic inflammation.

Some of the symptoms that can be experienced due to this exposure are fatigue, headaches, brain fog, confusion, aches, light sensitivity, sinus issues, abdominal pain, joint pain, concentration and processing issues, mood swings, night sweats, static shocks, vertigo, tremors, and temperature regulation problems.  For me, while I already had many of those symptoms from Lyme disease, I noticed that my vertigo, brain fog, concentration, and anxiety became substantially worse after moving into the apartment with mold.  It actually wasn’t until I moved out of that apartment that I noticed those symptoms improving at a much more significant rate.

After moving out and noticing such a drastic change in my symptoms over the next few months, I thought about the question my physician had asked me regarding mold.  I began to look into mold a little more thoroughly and ended up having my old apartment and my new apartment tested.  Soon enough I realized that my old apartment did in fact have a serious mold issue.

There are a few ways that you can test for mold.  One way is taking petri dishes and labeling them in each room you leave them in.  The dishes should be left open in the rooms for an hour.  After that close the dishes and put them in a brown paper bag. Then, find a dark place (bottom of a draw) to hide this bag in for two weeks.  If there is a mold problem, you will usually see mold in your petri dishes two weeks later.  While this is a very inexpensive way to test for mold, it is not the most accurate.

Some more accurate tests would be to order an ERMI test, which stands for Environmental Relative Moldiness Index or a less expensive alternative is the HERTSMI-2.  They are quick tests that can give you a sense of the spores that are around the area. The ERMI separates common molds from toxin producing molds, while the HERTSMI tests for the top five nasty toxin producers. It would be most beneficial to run this test in multiple locations in the house.  Ideally in rooms where either you spend the most time in, like your bedroom or where you suspect water damage, like a basement.

Another way to test for mold would be hiring a mold inspector.  They would be able to give you the most accurate results.  A thorough inspection can find things that the ERMI misses.  The inspector would be able to identify if there is mold on something in the HVAC system, behind a wall, or if there is dirt or mineral deposits that suggest there was a water intrusion. The inspection usually includes air samples, tape lift samples, and a remediation plan.

Once you have your environment tested, it would also be beneficial to run some labs for yourself.  Your physician may monitor your MMP9, VEGF, C4a, and TGF beta-1 results when treating your mold illness.  They may also have you perform a Visual Contrast Sensitive Test to determine your progress during treatments.  Ordering tests from Real Time Labs is an additional test that is highly effective in identifying which types of mold toxins your body is dealing with and how much of it is in your system.

After I realized that mold was causing a roadblock in my recovery, I began looking into ways to treat mold mycotoxin illness.  I was currently on the Patricia Kane Protocol, which is probably why my improvement was so significant after moving out of my old apartment.  As this protocol is very effective in removing mold mycotoxins and repairing the cell membranes that were damaged in this process.  I also added the toxin binder welchol to my treatment regimen, which I take before a sauna, enema, detox bath, or colonic treatment to aid in removing these toxins out of my system.  Some other binders that are used to treat mold illness are cholestyramine, chlorella, bentonite clay, and activated charcoal.  Though, it is important to remember to work with your physician in going very slowly with treatment if you body is in a sensitive state.

Since understanding that mold is a common recovery factory for many people that suffer from chronic Lyme disease, I have taken my treatment for mold mycotoxins very seriously and have greatly improved my health by doing so.  I would not be where I am today if I had not addressed mold as a contributing component to my health issues.  While, our society and medical community has a long ways to go in acknowledging the devastating effects that mold can have on our health, it is encouraging that there are some physicians who do take mold illness seriously.  If mold illness is something that you suffer with, it is hopeful to know that with the proper treatment and guidance, you too will be able to overcome this major hurdle on your road to recovery! 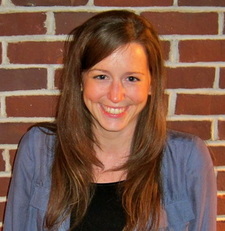 You can reach Michelle via e-mail ​at info@lymeandcancerservices.com or by telephone at 269.509.0338