My Model Of Healing For Chronic Illness Recovery​ 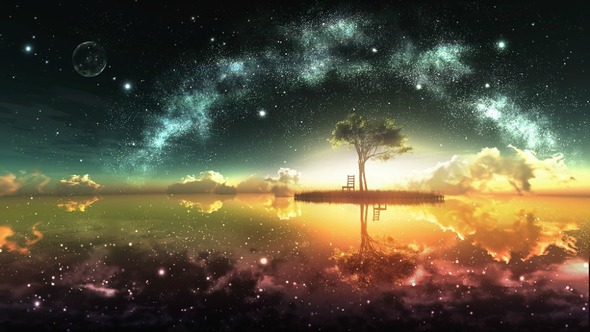 Most systems of medicine throughout history have an overall model of how to achieve optimal health. For example, Traditional Chinese Medicine (TCM) is based around the concept of balancing Qi, Yin, and Yang. Homeopathy’s goal is to restore the Vital Force. When dealing with chronic, complex illnesses such as chronic Lyme disease, it is even more important to have an overall model or framework for recovery. In many cases, the allopathic model of just “kill the microbe” is not sufficient to restore health. Unlike allopathic medicine, integrative and functional medicine look at the interrelationships between the systems of the body. In my practice, I currently use a model based on the 7 Factors of Illness by Dietrich Klinghardt, MD, PhD and the Institute for Functional Medicine’s (IFM) Matrix Model.


Dr. Klinghardt’s 7 Factors of Illness says that the cause of illness can be grouped into 7 categories:

1. Toxins and Infections - In the context of chronic Lyme disease, the infections to address include Borrelia, Bartonella, Babesia, Mycoplasma, Ehrlichia, Anaplasma, Chlamydia, Rickettsia, and other co-infections. For this reason, instead of “chronic Lyme disease,” I prefer the term Multiple Systemic Infectious Disease Syndrome (MSIDS) as coined by Richard Horowitz, MD.

Also very important to address are parasites, fungi/yeast, and viruses. In Dr. Klinghardt’s model, he prefers to address the largest microbes before smaller ones, i.e. treat parasites before fungi and bacteria for best results. He and others, such as Simon Yu, MD, find that parasites are frequently overlooked and that treating them can create significant clinical improvements.

Mold and other microbes found in water-damaged buildings (WDB) can produce numerous biotoxins, such as mycotoxins, which can be inhaled into the body. Ritchie Shoemaker, MD, author of Surviving Mold, has mapped out the numerous harmful effects to the body by water-damaged buildings. Many practitioners have observed that those with MSIDS respond poorly to treatment if they are exposed to a WBD. I have seen several patients who did not respond to years of antibiotics from other practitioners and upon investigation, found that they were living in a WDB.

Other important toxins from the environment, which damage and weaken the body, include mercury from dental amalgams, other heavy metals, xenobiotics, pesticides, herbicides, petrochemicals, and solvents. Inside the body, some microbes can generate biotoxins which also weaken the immune system.

2. Biochemical/Nutritional Deficiencies - This includes addressing KPU/HPU, hormones, minerals, methylation, vitamins, fatty acids, and amino acids. Books have been written on this category so I’ll highlight just a few commonly overlooked points. HPU or hemopyrrollactamuria has been reported by Dr. Klinghardt in 80% of his patients with MSIDS. This condition has significant impact on immunity, detoxification, and methylation and, if untreated, can prevent recovery. An excellent article by Scott Forsgren on HPU can be found at http://www.publichealthalert.org/kpuhpu-a-major-piece-of-the-puzzle-in-overcoming-chronic-lyme-disease.html.

In my experience, the majority of those with MSIDS have adrenal and thyroid dysfunction. They are very important to address as proper function is needed for optimal immune function. I recommend reading Hypothyroidism Type 2 by Mark Starr, MD to understand why TSH, the standard test for hypothyroidism, may not be an accurate indicator of optimal thyroid function. Mineral deficiencies such as zinc, iodine, selenium, magnesium, and manganese are also very common in those with MSIDS.

3. Structural - This can include malocclusion of the bite and problems with the spine and skull. The cause can be post-traumatic, gestational, or genetic.

4. Geopathic and Biophysical Stress - This mostly includes electromagnetic fields such as high frequency fields from cell phones, cordless phones, Wi-Fi, and other wireless technology. There is growing research correlating exposure to wireless radiation with changes in genetic expression that worsen inflammation and impair detoxification. Dr. Klinghardt believes that electromagnetic fields can irritate microbes causing them to release more biotoxins. For these reasons, he strongly recommends that his patients eliminate wireless radiation and mitigate low frequency fields from their homes.

5. Scars and other interference fields - This little known cause of illness was discovered almost 100 years ago when German doctors noticed that stubborn health problems would improve after injecting scars with anesthetics. For example, treating a scar from an appendectomy might improve digestive problems or back pain. Scars from surgery or accidents can carry an excessive electrical charge compared to the surrounding skin and this can irritate the nervous system preventing optimal healing in the body. Scars can be treated by a modality called Neural Therapy and Dr. Klinghardt is the leading instructor of this technique in North America.

Other little known causes of illness in this category are root canals and cavitations. Some believe that each tooth is connected to an acupuncture meridian so dental health can have far reaching effects on the rest of the body. Cavitations are abnormal areas of bone in the jaw where teeth have been extracted, especially where wisdom teeth have been pulled. Cavitations can contain amoeba and bacteria which can release toxins, such as thioethers, disturbing the meridians and weakening the immune system. The majority of patients with these have no symptoms in their mouth so they never suspect that their teeth are a source of their problems. Depending on which meridians are affected, they might have symptoms elsewhere in their body such as fatigue, palpitations, poor memory, digestive problems, pain, and much more. Only a few biological dentists are familiar with the effects of cavitations and root canals. I have found that patients with these dental lesions tend to have poor recoveries from MSIDS.

There isn’t a lot written about how dental issues affect the body. Radical Medicine by Dr. Louisa Williams is one of the better sources and the book also includes a discussion on scars and interference fields. The Root Canal Cover-Up by George Meinig, Accidental Cure by Simon Yu, MD and Saved By My Dentist by Dr. Douglas Cook are also good resources on the effects of dental health.

6. Allergies and intolerances - An allergy or intolerance to a food or substance can cause inflammation and irritate the body. Many practitioners have observed that the majority of those with MSIDS have an intolerance to gluten. Note that a gluten intolerance is not the same as celiac disease. Many people with gluten intolerance have been fooled into believing it is safe for them to eat gluten when they tested negative for celiac disease. Other common food intolerances include dairy, eggs, corn, soy, and nightshades. There are a variety of tests that can help identify intolerances, but the gold standard is called an elimination diet in which all suspected foods are stopped for a few weeks to see if one feels improvement. This category also includes intolerances to medications, supplements, clothing, personal care products, jewelry, etc.

7. Unresolved Psychoemotional Trauma - There is growing research in the field of epigenetics which has found that psychoemotional trauma affects the expression of genes, which can be passed onto future generations. This altered gene expression can affect methylation which impacts detoxification and immunity. According to the Klinghardt Axiom, the levels of infections are proportional to the toxic load which is in turn proportional to the levels of unresolved psychoemotional trauma. Dr. Klinghardt believes that by resolving trauma, one can correct the epigenetics, or genetic expression, leading to improved detoxification and immunity. He has reported that after doing good trauma work on his patients, he often finds that they will release significant amounts of heavy metals based upon measurements of high levels of heavy metals in their urine. In some cases, the levels are much higher than what is typically released by chelation.


Health can be thought of as the spokes of a wheel.  Each spoke represents a fundamental physiologic process that is necessary for life. The 7 Factors of Illness can cause an imbalance in one or more of the spokes resulting in suboptimal health. The nine spokes include:

Communication - Hormones, neurotransmitters, neuropeptides, immune messengers, etc. are used by tissues and organs in the body to communicate with each other.

Assimilation - Digestion, respiration, absorption of nutrients. Many with MSIDS have impaired digestion which prevents them from properly absorbing nutrients from food.

Transport - Cardiovascular and lymphatic function. The cardiovascular system brings nutrients and oxygen to cell. The lymphatic system is responsible for transporting waste products away from cells.

Biotransformation and Elimination - Detoxification and excretion of wastes. According to the Klinghardt Axiom, this is a crucial area to address in the management of MSIDS.

Energy - Energy regulation and mitochondrial function. The job of mitochondria is to generate ATP, which is the main source of energy for all cells. If the mitochondria are impaired by toxins or nutritional deficiencies, then they can’t make enough ATP to fuel cells, tissues, and organs.

Body Field - According to physics and many systems of traditional healing, a system of energy and information underlies the biochemistry of the physical body. This is referred to “Qi” in TCM, “Prana” in Ayurvedic Medicine, or the “Vital Force” in homeopathy.

Dr. Dave W. Ou, MD is a physician at Bridges to Health in Atlanta, GA.  He specializes in Lyme, mold illnesses, hormonal disorders and other chronic illnesses.