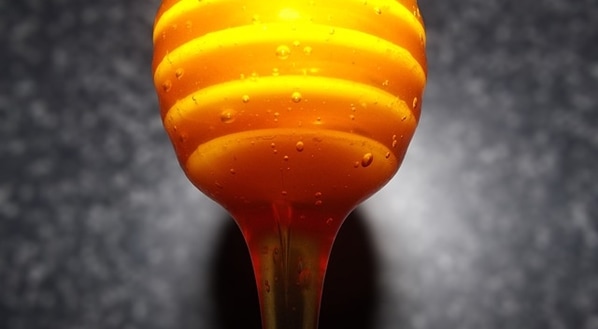 Honey is one of the oldest known medicines, its recorded use (for the treatment of wounds and eye infections) dates back four-thousand years [1]. Unlike most other ancient medicines, it is still widely used. It was commonly used as a wound treatment, until it was replaced by antibiotics in the 1940's. With the ever-growing antibiotic resistant bacteria strains becoming a world-wide problem, there has been a revival in the use of honey to treat infected wounds. Two review articles published in medical journals [2,3] summarize the 33 randomized controlled trials (RCTs) of honey in wound care published up to 2011, with a total of 3,556 participants in the trials. The trials provide a large body of evidence for the effectiveness of honey as a treatment for a wide range of wounds and for burns. One of these reviews [3] also summarizes evidence from laboratory studies that provide scientific rationale for the effectiveness of honey as a wound treatment. As well as providing a moist environment that is optimal for repaired tissue to grow, honey has bioactivities which stimulate the production of cell growth factors, stop inflammation which would otherwise prevent healing, and kill infectious bacteria.

Honey has a very broad spectrum of activity as an antimicrobial agent [4]. Although most published studies have not used standardized honeys (the potency of the antimicrobial activity can vary as much as 100-fold), there have been several studies conducted with honeys selected to have a median level of antibacterial activity. These have measured the sensitivity of the major wound-infecting species of bacteria to honey [8]. It has been found that even with the most resistant strains, a honey with a median level of activity can be diluted at least 10-fold and will still stop the growth of bacteria. All of the various species of “superbugs” that can no longer be treated with antibiotics are just as sensitive to honey as are the strains of these species that have not yet developed a resistance.

Another medically useful feature of the unique type of antibacterial activity in manuka honey is its ability to penetrate biofilms. It is becoming increasingly apparent that the bacteria in chronically infected wounds grow biofilms on the wound tissues. The gummy matrix of these films prevents antibiotics from penetrating the infected wounds, and prevents the body’s own antibacterial defenses from reaching and killing the bacteria as well.

A very important activity of honey in wound treatment is its anti-inflammatory action. When a wound is not healing, it is because inflammation is preventing the healing process from occurring. If there is severe inflammation the tissues can be eroded, allowing ulcers to develop. With burn injuries, which cause a large amount of inflammation, the erosion from the inflammation can cause more damage than the heat did. Clinical trials of honey on burn injuries show that honey is very effective in preventing this type of ongoing damage.

Research has found an explanation for the mechanism of action of the anti-inflammatory activity of honey [7]. It suppresses the responsiveness of leukocytes, which detect and engulf bacteria and damaged tissue, triggering a cascade of reactions from the body’s inflammatory response to infection or tissue damage. Thus, honey's ability to suppress the responsiveness of leukocytes tones down the severity of inflammation. Research has identified the component of honey responsible for this action, a protein called Apalbumin-1 which bees add to the nectar that they harvest to produce honey. It was found that in manuka honey, the methylglyoxal present reacts with Apalbumin-1 by modifying it in a manner that makes it more potent in suppressing the inflammatory response. This gives manuka honey a more potent anti-inflammatory activity than those of other types of honey.

Of the eight honey wound-care products on sale that are registered with regulatory authorities such as the FDA as medical devices, and the two registered for use in veterinary medicine, seven are manufactured using manuka honey. Modern medicine is currently developing other medicinal uses of honey, besides its use to treat wounds. Such uses include treatment for eye infections, ear infections, nasal sinus infections, gum disease, lung infections with honey inhaled from a nebulizer, and suppression of tissue damage from radiation burns obtained during radiotherapy treatment for cancer. In most of these new developments, manuka honey is being used in the clinical evaluation of the effectiveness of honey.

Consumer demand for manuka honey has greatly increased, as more people have become aware of its unusual antibacterial activity. As a consequence, the price of manuka honey has spiked. This has unfortunately led to a lot of exploitation of consumers by some marketers falsely labelling what is sold. They also exploit consumers who do not realize the activity rated on the label is not the type of activity that is unique to manuka honey, but is due to hydrogen peroxide and thus is no different from that in much cheaper honey from other floral sources. Consumers need to verify from the producer, as opposed to the sales counter assistant, that the rated antibacterial activity is definitely non-peroxide activity or that the content of methylglyoxal is stated. To be confident that a honey is at least 50% from manuka nectar, and thus can be legitimately called manuka honey, the rating of non-peroxide activity should be at least 10 (i.e. is equivalent in antibacterial potency to a 10% solution of the reference standard antiseptic phenol), or the methylglyoxal content should be stated to be at least 250 mg/kg.

2. Molan PC (2006) The evidence supporting the use of honey as a wound dressing. The International Journal of Lower Extremity Wounds 5: 40-54.

3. Molan PC (2011) The evidence and the rationale for the use of honey as a wound dressing. Wound Practice and Research (Journal of the Australian Wound Management Association) 19: 204-221.

The full text of these papers is available free of charge from the University of Waikato Research Commons: http://researchcommons.waikato.ac.nz/browse?value=Molan%2C+Peter+C.&

A large amount of educational material about the therapeutic properties of honey is available on http://waikato.academia.edu/PeterMolan/Papers. The website also has articles on dressing wounds with honey and details of honey wound-care products registered as medical products with the FDA. It also has articles about the unusual antibacterial activity of manuka honey and how the level of this activity is measured and rated on jars of manuka honey on sale.​ 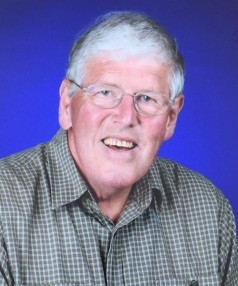 Dr. Peter Molan is a former professor in Biological Sciences, and the Director of the Honey Research Unit at the the University of Waikato in New Zealand. ​