Lyme Is a Brain Disease​ 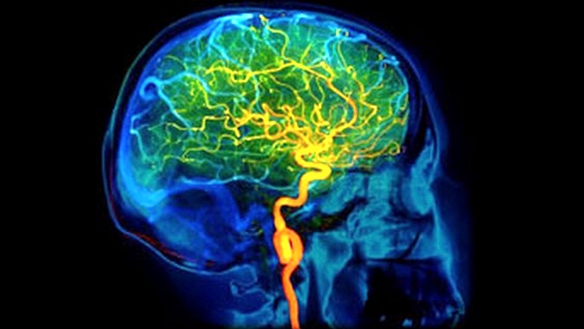 Lyme borreliosis is a brain disease as well as a multisystemic disease caused by spirochetal bacteria.* Quite frankly, it is an infection that has been burdened with a thousand inaccurate medical diagnoses. The manner in which the current pandemic of tertiary Lyme disease, neuroborreliosis, has usually been handled--- either angrily dismissed or strangely misdiagnosed--throughout the 30 years following its “discovery,” has blemished the historic excellence of modern American Medicine.

After all the years, neuroborreliosis is still actually considered rare by a majority of physicians, most of whom are spirochetally naïve. Officially tallied patients (the numbers showing a dip down to 19,804 cases in 2004 after flawed reporting styles were instituted), when combined with uncounted cases may approach upward of an annual quarter million new borreliosis infections in the USA alone. And Lyme infections have been verified as present on all but one continent, globally. The disease is more often than not accompanied by several of a half-dozen or so of the other serious tick-borne co-infections that currently have been identified.

Losses of acuity in the human brain’s visual cortex have been observed as early as 6 hours following the toxic bite of an infected tick. Lyme may persist after too brief a period of treatment or if there has been no treatment, and may result in chronic infections whereupon Lyme borreliosis becomes a potential cause of every symptom in medical and psychiatric lexicons. It is the “Great Imitator” of this Millennium, spirochetal paresis (neuro-syphilis) having been its precursor and its model.

Chronic or persistent Lyme disease--neuroborreliosis--seldom is identified by the symptoms of its most frequent form—subacute encephalitis--an infected/inflamed brain as well as an infected nervous system. However, this is the form in which it most commonly exists. Unfortunately, the syndrome that is falsely considered typical--a bull’s eye rash, fever, positive Elisa test, and/or a swollen large joint--occurs in fewer then half of proven cases. Instead, Lyme borreliosis confirms itself in subtle to profound neuro-psychiatric symptoms, such as overriding confusion, loss of organizational skills, decreased concentration, memory loss, mood disorders, irritability, and unprovoked rages--to mention just a few. These symptoms can be very obvious to an experienced professional practicing in a Lyme-endemic area. However, cerebral-behavioral symptoms of neuro-Lyme remain invisible to those whose diagnoses are solely based on old-fashioned concepts limited only to the aforesaid doctor-viewed rashes, swollen knees with positive Elisa blood tests.

Blood tests completed by local labs most frequently show false negatives due to general laboratories’ inadequate understanding of proper diagnostic technique and choices of poor quality spirochetal samples on which to base tests. Of course, insurance companies prefer their negative tests. As mentioned, Lyme can rapidly go from Stage One (Early borreliosis) to Late (Tertiary) Stage disease following attachment of an infected deer tick’s or other vector’s bite so that quick and competent treatment are of the greatest importance. Later, accurate findings by sophisticated laboratories may be helpful, especially if Late Stage symptoms appear many years after the infection.

Over the years, I have been asked to create a compendium of my published and unpublished works on the subject of Borrelia’s neuropsychiatric epidemic. These literary contributions advocate for correction of medical neglect--the usually inadequate, sometimes cruel, diagnostic and treatment neglect experienced by victims of chronic Lyme borreliosis and its co-infections. I also have had articles published in an effort to attract attention from Organized Medicine—attention badly needed on behalf of a nearly invisible but serious epidemic that is more significant by far than anything this country has experienced since the Spanish Flu of 1918, the causative spirochete being less immediately deadly than was the virus of that epidemic, but deadly, nonetheless, cerebrally.

Sadly, Organized Medicine has mostly ignored or deserted the field of neuro-Lyme’s immense proportions. The American public rapidly is becoming jaundiced toward doctors’ lack of up-dated knowledge of spirochetal science and, having read the latest (indeed copious) peer-reviewed recent literature for themselves, are turning to other disciplines—even to veterinarians for accurate medical advice on the subject of Lyme disease and its co-infections. Veterinarians are more up to date on the diagnosis and treatment of human Lyme than the “Diagnose-and-treat-by-the-old-Guidelines” types of powerful but passé Academic physicians who cling to outdated medical dogma.

I have written about the rampant epidemiology of neuro-Lyme disease and its potent co-infections (especially the red cell parasite that causes babesiosis) and the fact that these are being systematically ignored, minimized, or distorted by this nation’s overseeing healthcare agencies. Astoundingly, there are agencies that, in ignorance or arrogance, may actively persecute the victims of such borrelial, pan-systematic illness, traumatizing parents and children as well as their treating physicians. There are those in authority who sponsor the official separation of children from parents whose only sin is that they persist in seeking help for their ailing children. Tragically, those authorities are empowered to permanently remove sick or partially healed young ones from their devoted families.

To their everlasting shame, medical authorities have stood by while innocent mothers have been sent to jail for insisting that their children were ill and again have stood by while the parent’s belief was verified by the death of their sick child while under state “care.” The rights of patients and their treating physicians have been trampled by governmental and insurance agencies in ways reminiscent of the era when AIDs was trivialized and its victims spurned as “psychosomatic.” Today’s infected millions worldwide show how wrong they were. The phenomenon of that epidemic is being repeated with the spread of Lyme borreliosis. My writing is an effort to illuminate this dark and now vast expanse of medicine and to inspire activism and compassion for those patients who are suffering in agony while having to hear caretakers say, “I don’t know what you are worried about--you look just fine--maybe you are just depressed.” Or as one unknowing, dismissive and flippant doctor joked to a frightened patient who came to him for treatment and reassurance, “Well, we all have to die of something, sometime.”


*Alan G. Barbour, MD: "These tick-borne infections are notable for multiphasic antigenic variation through DNA recombinations in the case of relapsing fever, the occurrence of chronic arthritis in the case of Lyme disease, and invasion of and persistence in the brain in the case of both diseases."www.ucihs.uci.edu/microbio/ .