Lyme and Pregnancy: A Story of Mercy​

The fact that Jes Armstrong’s last name includes the word “strong” is not ironic, not in the least bit. No, it is exactly as it should be. Jes and her family embody the meaning of “strong.” They possess the admirable level of strength we all like to wish we would have in the face of fear and tragedy. Jes Armstrong’s strength, which shows even as I write the words she so bravely shared with me, continues to prevail. Something about a person who fearlessly stands up and tells the truth, knowing the controversy it will inevitably bring, renders them highly respectable. After selflessly sharing her story with me, Jes allowed me the opportunity to share her story, a story imperative to every mother and/or mother to be, with you.

During the summer of 1990, Jes was just a typical thirteen year old girl freely playing with her cousins in the mountains of Pennsylvania while visiting her grandparents. Her whole life was ahead of her. So, when she developed an odd rash, it was understandably brushed off as something much less dangerous than Lyme disease. Her bulls-eye rash, now known as one of the key identifiers of Lyme disease, was deemed ringworm –which happens to be a quite common misdiagnosis when it comes to diagnosing a bulls-eye rash. This moment, from an intended care free summer in the breezy mountains of Pennsylvania, set into motion a downward spiral of events stemming from Lyme disease.

Throughout middle school, high school and college, Lyme disease steadily showed its face in the form of countless, newly developing health problems. Jes developed chronic migraines, lack of feeling in her extremities, abnormal and debilitating fatigue, and unexplained abdominal pain. Despite examination by numerous health specialists, Jes claims “there were no real answers.” This feeling, this dead end, is one known all too well among the Lyme community. As if that time period was not difficult enough for Jes, what happened next ensured her battle would be amplified.

Following repeated unsuccessful attempts at conceiving, Jes and her husband found it in their hearts to adopt a child from China. As fate would have it though, the child they would end up saving would not be from China; rather it would be their own biological daughter whose existence had seemed impossible. Right before sending off their adoption papers, Jes discovered she was pregnant. On account of agency policy, the adoption process was placed on hold.

As Lyme would have it, happily ever after would not come without a fight. Jes’ pregnancy was anything but smooth, much less semi-normal. Indeed, her pregnancy was a high risk one; prompting Jes and her husband to seek out a qualified OBGYN team with extensive experience in dealing with high risk pregnancies. There was not a single trimester in which Jes did not find herself in a hospital bed due to unexplained bleeding, low amniotic fluid levels, or other strange symptoms. Despite concern bred by setbacks, Jes’ baby girl Mercy successfully arrived two weeks earlier than expected. That she was beautiful was simply undeniable. That she was healthy was merely an illusion.
When describing the experience, Jes said “my daughter was our miracle baby, sent to us by God in spite of my own illness, which remained unnamed at that point.”

A year later, still overjoyed by the new life they had brought into the world, Jes and her husband resumed their dream of adopting a child from China and started working with an adoption agency again. However, Jes’ health had taken a major and continual nose dive immediately following the birth of her baby girl. Her neurological and cognitive abilities deteriorated to the point where she forgot how to get to and from work, a daily routine that had once been deeply ingrained in her. Finally, the answer to all of her unexplained health problems came in the form of a diagnosis of Lyme disease. In response, the adoption agency told Jes she was no longer an acceptable potential adoptive parent in China. Now, Jes would need to focus on fighting for her and Mercy’s lives.

As Jes began treatment, her and her husband noticed that Mercy was beginning to have unusual health symptoms as well. She had digestive issues, food allergies, and irrational behavior; especially when on antibiotics. These symptoms alone were not enough to go on though, as many young children are susceptible to displaying such symptoms for a number of reasons. Not wanting her daughter to endure twenty years of suffering from an undiagnosed disease as she had, Jes had Mercy tested for Lyme. Mercy’s test results came back positive for both Lyme disease and Ehrlichiosis. Soon after, Mercy developed seizures, symptoms of Obsessive Compulsive Disorder, urinary difficulties, and symptoms of Sensory Processing Disorder.

“As awful as my treatments and herxes were, my daughter’s were one hundred times worse. She was a toddler, then a pre-school child, then a school-aged child; and although her communication abilities increased every year, her self-awareness of when she was becoming sick or fatigued was not as developed as my own. I could express to others when I needed a break, needed to go down on certain medications, or was extremely ill …but with Mercy we didn’t know she was suffering immensely until she was in the thick of it. Those were some very difficult, heart wrenching years for our family.” –Jes Armstrong

It has now been five years since Mercy started treatment for Lyme disease. She is currently an intelligent, well-functioning kindergartener. It has been an entire year since Mercy has experienced a grand-mal seizure, and it has been six months since she has had an absence seizure. Her symptoms of Obsessive Compulsive Disorder and Sensory Processing Disorder are non-existent, except when she is herxing severely. Jes credits the team of Lyme literate health professionals, as well as the Lyme community, for the significant improvement in Mercy’s health. As for Jes, her health has improved so much so that her and her husband are now able to pursue their desire to adopt. As far as having more biological children? Due to the risk of passing Lyme disease to another infant, Jes and her husband have made the decision to never purposely have a biological child again. On coming to this decision, Jes says:

​“We are at peace with our decision; but we will never forget how hard it was to make, nor the devastation we felt when we learned how Lyme disease would affect Mercy and our hopes for future biological children.” 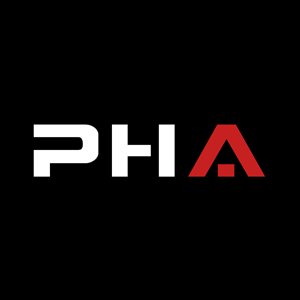 Oh, you know who we are!