Lyme And Marriage: Marriages That Are Way Out Of 'lyme'​ 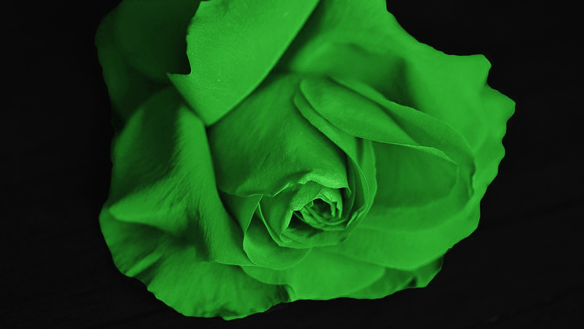 My work as a psychiatrist involves occasional office marital therapy. Lately most serious marital conflicts that end up here usually reveal previously unrecognized chronic Lyme disease as an underlying cause in one or both partners. After infection, the symptomatic mates are frequently so irritable, so cognitively and emotionally compromised that they have great difficulty coping with the other person or even with themselves. If there is a non-comprehending physician in the situation, the conflict may become even more incendiary.

Adverse situations that previously loving couples get into may be similar but also may show considerable variability: A frustrated man says to his doctor, "Look, my wife is just plain loony. I don't want to hear anything about Lyme disease. Where's the nearest institution? She's impossible." Or, conversely, an exasperated woman might say, "He's become a slug. Goes to work and goes to sleep - that's it. Is that any kind of a life? Now he even forgets my birthday. I don't matter to him anymore. I'm tired of excuses. I want a divorce."

In the worst-case scenario, unspeakably cruel things can happen within this marital bond. Nearby Levittown, Pennsylvania's newspaper reported a conflict involving a pair who had contracted Lyme. Their endless friction ended horribly in a murder/suicide. Thus, by the time tick-infected couples come to a psychiatrist, serious verbal or physical abuse between infected partners may have gotten out of hand both ways, man to woman and/or woman to man. (Likewise, of course, there can be teen violence toward parents or parents' violence toward children.)

At one extreme there are the irate spouses. But there are also the exceedingly solicitous spouses who are supportive way past the point of exhaustion. One couple I saw recently fits yet another category. Each one of this pair has contracted (previously undiagnosed) sub-acute Lyme encephalitis. The husband, VP of his real estate company, has significant cognitive losses. He doesn't easily perceive them because he's actually still functioning on 10 of his 12 cylinders. His wife does see his memory losses, and was persistent in getting him medical help before' the memory loss became permanent. Unfortunately, she has bouts of significant irritable impatience. Because of her skill with problem-solving otherwise, and his ability to muster an abundance of patience whenever she is at her most symptomatic, their marriage survived.

The husband's original reluctance to accept his diagnosis related to the fact that physicians at a prestigious Philadelphia university advised him that he didn't have Lyme disease, despite his positive tests. He was told that his wife was a faultfinder. And, worse, she was probably trying to unman him. Discounting his positive Western antibody blot test, they said he looked just fine, although they did admit there were unusual, unexplainable, bright spots on his cerebral MRI. Eventually overcoming this bizarre advice, both mates were properly diagnosed and treated, not because of my persuasiveness, but because they saw what Lyme disease had done to their child.

This couple's son has a diagnosis of chronic neuro-Lyme disease. Both partners love, protect and cherish this child, so it was easier for them to see how the infection was affecting their son. Finally, they could see his symptoms reflected in themselves. They were better able then to grasp the notion that the whole family was affected, which enabled them to deal with the infection in themselves - for everyone's mutual security. Not infrequently, spousal support has to extend to invalid children. Sometimes the entire family functions like a group of "downer" cows in that the infection brings everyone to his/her knees.

In other kinds of physical illnesses, breast cancer, asthma, or heart failure for example, there is unity - a pulling together of family and physicians in order to support the patient. But neurological Lyme is generally unrecognized by most doctors. When neurologic tick-borne disease causes personality changes that result in increasing impatience, dramatic flares of anger, depression, panic attacks, fatigue, and/or sudden mood changes, many physicians lose objectivity, forgetting the need to consider organic causes of irritability. Therefore they have no awareness that Lyme, for example, can wreck relationships and destroy the very families that they are pledged to help.

Brain-inflamed, infected people may say impulsively destructive things, then wonder, "Did I say that?" Either they don't feel responsible for their words at all or they are mortified by them. But the damage to partners may already have been done. Perhaps they've been almost unaware of some small grievance for years - then that tiny hot spot suddenly takes inappropriate prominence as a life or death issue. Venom is spewed out...an unsuspecting spouse is left breathless. The mood "seizure" passes - but the accused mate feels like he/she is left bleeding on the floor. These verbal wounds may permanently change things in the relationship.

Unfortunately, the family doctor is not always an ally to the couple, and in his/her inability to understand, often tends to side with one partner, thus missing both the big picture and the opportunity to help. A husband may take his wife's positive test to the family doctor who says, "Yeah, right, your wife is going to blame her attitude problem on Lyme disease? She's got to be kidding..." In this scenario, the woman is discounted by both men and may be lost. The husband's feelings of resentment are backed up or fostered by the physician and there then begins a growing a collusion between the doctor and him. Doctors confronted with these scenarios could more wisely say, "Let's take another look at this..." rather than being dismissive of one partner, which only tends to miss-identify a person, not the spirochetes, as causing the problem.

The most disturbing scenario of this type of event that was ever reported to me involved a patient who took her husband with her to see her famous medical internist in Philadelphia. She had been worked up thoroughly elsewhere and found to have chronic neurological Lyme disease. She had expected that this world-famous physician would validate her fatigue to her husband, to explain that she hadn't recovered sufficiently yet to have back her usual energy for family, for sex or for travel. She had tried to explain this to her husband herself but he thought she was being evasive. He complained that one of the stated goals of their marriage had been to enjoy activities together - to take trips, dine out and have fun; they had started out doing these things. When his wife realized that she had no energy, the loss of it translated into a pronounced absence of self-confidence entailing a dread of being around people. She had a new sense of incompetence and social failure. Tired and insecure, she had finally withdrawn socially.

What little confidence she had left drained away when she turned to her specialist for his support. The doctor said to her in front of her husband, "Just look at you! You've let yourself go! Before you had this supposed Lyme, you were full of life and vigor. Look at you now. You're using Lyme disease to excuse the fact that you are no fun anymore. You look like a big zero. You're not taking care of yourself. What man would want to be in your company? You're not even trying. If I were your husband, I'd go out and have an affair."

The reader can easily guess what happened next. She went home, crumbled up, was ridiculed by her spouse who then had an affair and moved out of the house. People who have been treated like this woman often end up isolated, considering suicide.

Such medical ethics violations by a physician are equivalent to commission of medical-psychological rape. Ignoring the Hippocratic oath--doing harm while rationalizing that as being helpful - also deprives the doctor of an excellent opportunity to offer unique hope to a couple, as well. Abusing patients or their mates verbally bespeaks judgmental arrogance and assumes omnipotence. Such a practitioner displays not only ignorance of the facts of infection but manifests a penchant for playing a wrathful God. Everyone loses when that happens, as with even the husband in this case - a lonely man who eventually wished desperately to come home.

As with all aspects of medicine, and especially with Lyme disease, doctors greatly need to remain humble about what they do not fully understand. They also need to be willing to treat their patients' relationships as if they were the patients, themselves. Only then, can the full ramifications of disease be appreciated. Only then will the doctor achieve that satisfying maximal medical usefulness of helping infected couples flourish in their harsh personal environments.
Previously published in The Lyme Times