The Link Between Lyme Disease and Autism

August 1, 2014 in Science/Research by Tami Duncan 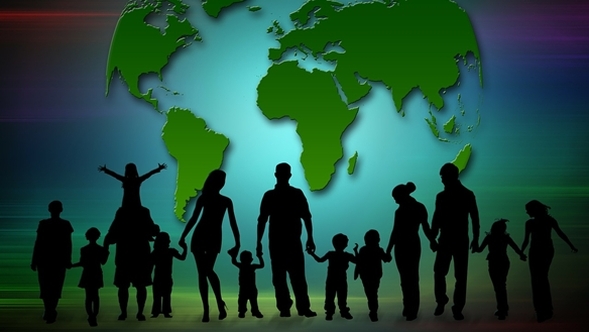 Why are doctors saying that up to 90% of children with autism are infected with Lyme disease? The Lyme Induced Autism Foundation held a physician’s Think Tank on January 26-28th in San Diego, CA to discuss this recent finding.

Corona, CA (PRWeb) -- New reports indicate up to 90% of children with autism are infected with Lyme disease. With autism being diagnosed at a staggering rate of 1 out of every 166 children, parents are questioning this new finding. Doctors and parents alike have been examining the potential causes of autism for years, some of which include thimerosol filled injections, environmental factors and most recently Lyme disease. With more doctors supporting the link between Lyme disease and autism, parents have joined forces to create the Lyme Induced Autism Foundation.

The foundation held a physician’s Think Tank on January 26-28th in San Diego, CA to discuss this recent finding. Co-founder Tami Duncan states, “The Think Tank is an opportunity to bring the Lyme disease specialists and the autism specialists together to create testing and treatment options for our kids." This is a groundbreaking effort that will hopefully analyze this even further to provide some answers to families.

Duncan says, “We are not saying that Lyme disease is the exact cause of autism for every single child. Let me clarify; what we are saying is that Lyme Disease could be an inciting factor that is suppressing the child’s immune system, which would make them more susceptible to heavy metal toxicity, environmental factors, etc. There is a large subset of autistic children in which this is happening. However, most children with Lyme induced Autism cannot begin to heal until this infection is under control. Parents want their children healed of autism."

Where is the proof that Lyme disease is a factor in autism? Currently, several doctors have stepped forward talking about this issue. Dr. Warren Levin of Vienna, VA recently appeared on the online radio show on www.autismone.com hosted by Duncan called “The Lyme-Autism Connection”. He stated that of the 10 children with autism he tested for Lyme disease, 100% of them also came back positive for Lyme disease.

More proof is needed to convince parents and the medical community to take action. The Lyme Induced Autism Foundation has announced its first fundraiser called “Laughter for Healing” at the Improv Comedy Club in Irvine, CA on February 24th, 2007.

Duncan states, “The whole goal of the fundraiser is to raise money for our research program. We would like to fund a study that will test children with autism for Lyme disease to determine what actual percentage of children are infected. Only then will we be able to pull the top researchers and physicians together to come up with some answers. Lyme disease can be fatal, parents are scared, we need to help these kids now.”

For more information on Lyme Induced Autism, please log onto http://www.lymeinducedautism.com/. Interested parties may also purchase tickets or become a sponsor for the “Laughter for Healing” Improv comedy event online.

Autism is a disorder that currently affects 1 out of 166 children. Boys are the majority of those affected. The numbers of autism cases spiked in the mid-late 90’s and continues to remain high. The exact cause of autism is still unknown, however, many theories exist. Most children do improve with some sort of biomedical intervention.

Lyme disease is generally caused by a tick bite. Symptoms of Lyme disease include, achy joints, confusion, slurring words or word retrieval problems, brain fog, sensitivity to light and sound. Lyme disease in its late stage can be fatal, causing MS like symptoms and debilitating its victims. Treatment for Lyme disease consists of antibiotic therapy.

About the Lyme Induced Autism Foundation

The foundation was started in September 2006 by parents of children with autism and Lyme disease. Kathy Blanco of Beaverton, OR and Tami Duncan of Corona, CA founded the non-profit organization. The foundation's goals are to educate families and physicians on the link between Lyme and autism, bring physicians together to form a consensus for testing and treatment options and to provide funding for research studies related to autism and Lyme disease.