April 1, 2009 in Science/Research by Scott Forsgren 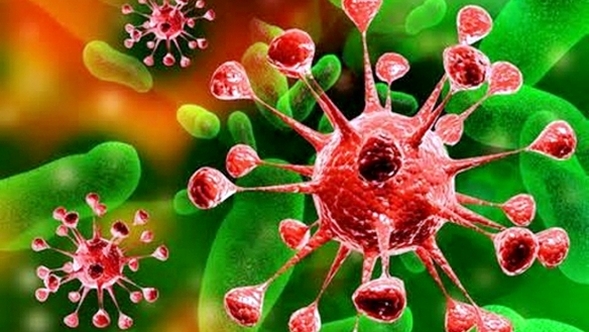 Throughout my journey with Lyme disease, I have looked for teachers and mentors that could help shape my understanding of the disease process taking place within my body everyday. From the onset, it was not enough to accept that the meltdown I was experiencing was the result of a simple infection. I knew that there was more to the complex puzzle of my illness. I also felt that a treatment approach based solely on attempts to manage infection would not result in the higher level of health that I had set out to once again attain.

After eight years of illness and what at times felt like the end was looming, I was diagnosed with Lyme disease in July 2005. I finally had a name for the disease that had ravaged my body for so many years. I was now better able to direct my research towards finding effective treatment options. Shortly after, I learned of Dr. Dietrich Klinghardt, MD, PhD in Seattle, Washington. Dr. Klinghardt is renowned by many as the top expert in the field of Lyme disease.

As I began to learn more about the work of Dr. Klinghardt, a light suddenly turned on. I understood my illness in a completely new and different way. I understood how to approach my recovery in a way that, for the first time, made me feel empowered to get well. Since the day I met Dr. Klinghardt, my journey has been forever positively changed.

The "Klinghardt Axiom" looks at the multiple contributors to illness and serves as a single unifying theory for chronic illness. This axiom has three major components: microbes, toxins, and unresolved emotional conflicts. It looks at the relationships within this triad and explains how most attempts to recover from a chronic illness will not be successful without a treatment program that addresses each of these components simultaneously.

The "Klinghardt Axiom" states "The body always strives to achieve equilibrium between stored unresolved emotional issues, toxins, and the presence of pathogenic microbes." It is only through a well-planned treatment protocol that considers all of these factors that the patient will return to a state of wellness. Let's look further at some of the relationships described by the axiom.

Toxins can stem from multiple internal and external sources such as heavy metals, flame retardants, insecticide residues, mycotoxins from mold, Lyme biotoxins, and many more. These toxins lead to a suppression of the immune system in the various body compartments where they reside. Once these toxins contaminate an area of the body and immune surveillance and function is reduced, this body compartment becomes the ideal breeding ground for pathenogenic microbes and numerous infections to move in. They not only move in, but they are essentially free to further damage the body as a result of the immune system's inability to address these organisms in areas where the concentration of the toxins are highest.

If one attempts to reduce the level of infection without concurrently reducing the toxic body burden, any positive results will be short-lived. Once the anti-microbial agent is stopped, the infections will once again move into their former home where they will thrive in the presence of a toxic environment.

Microbes grow and prosper proportional to the level of stored toxins in the body. A more successful treatment approach is to lower both the level of toxins and the level of infectious organisms in the body simultaneously. In fact, it may be the case that a focus on toxin reduction and immune support and modulation will result in a successful outcome even in the absence of an aggressive anti-microbial program.

If we take the impact of toxins on microbes one level higher, we must consider the impacts of electromagnetic radiation, a very powerful toxin to the human body. Electromagnetic fields (EMFs) from cell phones, cell towers, cordless phones and other sources strongly drive the growth of many microbes within us.

Molds, for example, increase their rate of growth and put out far more virulent mycotoxins in the presence of EMFs. They feel that they are being attacked and respond by fighting back. It is suggested that all levels of the microbiome are influenced by electromagnetic radiation including viruses, spirochetes, mycoplasma, streptococci, staphylococci, and numerous others. Thus, in looking at the impact of toxins on microorganisms, we must not only consider our internal toxic body burden. We must look at the toxic forces around us and make every effort to minimize the external toxins which also have powerful disease-promoting properties.

Next, we turn to emotional conflicts and how past traumas are a significant factor in healing. In Dr. Klinghardt's teachings in the area of Applied Psycho- Neurobiology (APN), Dr. Klinghardt talks about the relationships between specific emotions that we hold and organs that are impacted by these emotions. For example, anger and frustration are the primary emotions associated with the liver. Likewise, fear and guilt are associated with the kidneys. Being overcritical or controlling impacts the large intestine. The emotions of loneliness or abandonment impact the small intestine.

When these emotions are present and not dealt with, they alter the blood flow in the associated organs. Unresolved conflicts create loops of arousal in the subconscious and are expressed by branches of the sympathetic nervous system which leads to hypoperfusion and vasoconstriction (reduced blood flow) as well as a hypersensitizing of pain receptors. When the blood flow is reduced, immune surveillance in those organs is also reduced and oxygen and nutrient delivery is depressed. As a result, the levels of infections and toxins increase as the immune system is no longer able to perform its job in those areas. If the organs which are impaired are organs of detoxification such as the kidneys or liver, there is an overall decrease in the clearance of toxins which results in a redistribution of toxins into the connective tissue and into the matrix.

The matrix is the space between the cells - the area in the body that includes the blood vessels, lymphatic vessels, autonomic nerves, fibroblasts, collagen, elastin, glucosaminoglycans, proteoglycans, cell membranes of neighboring cells, cells of the immune system, and nutrients.

The matrix is where nutrients and information-carrying substances move into the cells and toxins move out of the cells. The matrix as a whole is a significant storage site for toxins in the body. Psychologically, the matrix is related to unresolved emotional conflicts with the mother. It is essentially another organ of the body. If the body can detoxify more each day than it takes in, there is no need for a storage organ. If, however, the body cannot detoxify what it encounters on a daily basis, the matrix then becomes a backup storage container and acts like a sponge. Once the matrix is contaminated, the nutrient, water, and oxygen transport into the cells is impaired, the transport of metabolic waste from the cell to the excretory pathways is blocked and chronic illness follows. Borrelia spirochetes live in the matrix and are collagen-eating organisms that feed on connective tissue. One of the key elements of a good detoxification protocol is to ensure that the matrix is no longer serving as a sponge for toxic waste.

It is easy for most people to accept that microbes or infections are a significant factor in a condition such as Lyme disease. It becomes slightly more difficult for some to fully grasp how our toxic body burden promotes the proliferation of the disease-causing microbes. It is often an order of magnitude more challenging for a patient to accept that emotional traumas or conflicts may be a contributor to their illnesses. However, these conflicts very significantly impact our ability to detoxify which results in increased toxin accumulation and a higher level of microbes. It is only through a treatment program which works to address each of these three factors that the patient will find and achieve lasting wellness and a new, optimal state of health.

Dietrich Klinghardt, MD, Ph.D. is a highly-respected pioneer in the field of chronic illness and treatment of Lyme disease. Dr. Klinghardt studied medicine in Freiburg, Germany. He has since created a comprehensive diagnostic system known as ART, or Autonomic Response Testing, which has transformed many medical practices and helped numerous practitioners become gifted healers.

Dr. Klinghardt has recently released a new 4-DVD set geared towards educating patients. The set is entitled "Protocols for Patients and Practitioners: Fundamental Teachings of Dietrich Klinghardt, MD, Ph.D." and is available now either as a full set or as individual DVDs at http://klinghardtneurobiology.com

The "Klinghardt Protocol 2008" which discusses approaches to treatment of chronic illnesses and Lyme disease can be found on Dr. Klinghardt's web site at http://klinghardtneurobiology.com 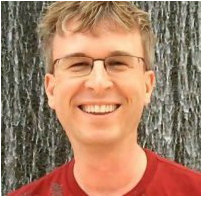 Scott Forsgren (Author) is a health writer, advocate, and coach. He is the editor and founder of BetterHealthGuy.com where he shares his now 17 year journey through the world of Lyme disease and the myriad of factors that it often entails. He has been fortunate to have written for publications such as the Public Health Alert, Explore!, Bolen Report, and Townsend Letter. Scott expresses gratitude for the information shared by Dr. Neil Nathan and Dr. Wayne Anderson in support of this article. More information on his work is available at http://www.BetterHealthGuy.com.