Detoxification of Heavy Metals with Chelation​

February 28, 2015 in Science/Research by Brendan Fillar 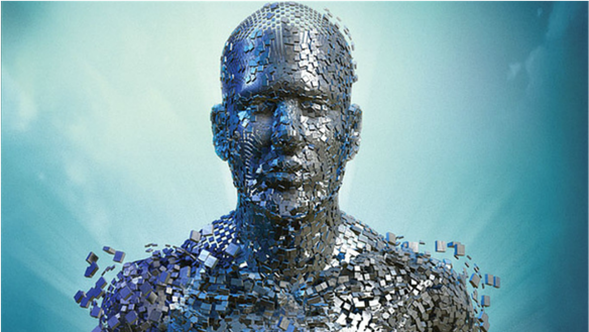 Chelation is the standard treatment for removing heavy metals from the body. A few of the heavy metals that are quite common in people include mercury, lead, nickel and arsenic.

Lyme disease and many other chronic illnesses can impede the process by which the body filters heavy metals, resulting in heavy metal toxicity.  Heavy metals are not excreted from the body effectively and tend to gather in the soft tissues. Dental fillings, cosmetics, antiperspirants, drinking water, air, food, and lead paint in our environment all attribute to heavy metal toxicity.

Chelation therapy can involve intravenous injections, suppositories, and oral doses of chelating agents. A chelating agent is a compound that reversibly binds to another metal.  In terms of heavy metal detoxification, a chelator pulls metals that have previously attached themselves to bodily tissues and mobilizes them so that the body can eliminate the heavy metals naturally.  Chelation is considered a detoxification therapy, though it is more specific in its targeting of metal toxins.

Heavy metal toxicity can cause many health problems and varying symptoms such as fatigue, digestive distress, depression, reduced ability to properly assimilate and utilize fats, impaired blood sugar regulation, and an array of reproductive problems.  Another major problem with heavy metal toxicity is that if you are deficient in essential metals, your body will use toxic metals as “stand-ins” instead of the needed metals.  Also, Lyme and other pathogens are prone to hide and thrive in the presence of certain heavy metals.  This can be a huge roadblock in the recovery process if you are not following a strong chelation program.  Proper heavy metal testing and treatment is critical for recovery.

There are many different ways to measure the levels of metal toxicity in a person, such as hair analysis, blood tests, and urine tests.  I have had all 3 tests done over the years.  These tests revealed that my mercury was notably above the acceptable range and arsenic levels were a little above the acceptable range.  The physician who ordered and reviewed the test did say a low does of oral chelation could be done.  Though, the metals were not likely causing much of an issue related to my debilitating Lyme disease illness.  Years later I learned that our medical system deems heavy metals that can cause significant health issues somewhat acceptable.  Therefore, I wanted to have a more specialized test done, and get the metals removed.

Eventually, through a different physician I received the “Glycine Protocol”.  This protocol is a Heavy Metal Urinary Challenge, that involves taking the chelating agents EDTA in suppository form and DMPS, Glycine, and Acyclovir orally.  The specifics of the protocol consist of taking Acyclovir for 3-days leading up to the challenge, taking Glycine the evening beginning the challenge and an EDTA suppository before bed.  Upon waking the DMPS is taken orally on an empty stomach with plenty of water an hour before eating. Urine is collected during the night if needed, and for 6-hours after waking.  To do this test you will need to have your physician order a Urine Toxic Metals collection kit from Doctors Data or a Toxic Elements Clearance Profile from Genova.

The logic behind the Glycine Protocol challenge is two fold.  One, by using two different types of chelating agents and the amino acid Glycine, you have a better chance of finding out the different types of Heavy Metals you may have and how heavy the load may be.  Varying chelating agents can have a stronger affinity to different metals, so if you only use one agent there may be some metals in the body that are not being pulled from tissues and going undetected in a challenge.  Two, it has been found that viruses in the body inhibit the release of heavy metals.  Therefore, by turning the viruses off for 3-days leading up to the challenge, you are increasing your odds of getting a more accurate result.  With this logic in mind during the chelation treatment, it is recommended that one consider taking an ongoing herbal antiviral protocol.   You could choose to be on a pharmaceutical antiviral prescription or an herbal antiviral.  Personally, I try to stay away from taking pharmaceutical drugs unless it is absolutely necessary.

One premise as to why it is believed viruses inhibit heavy metal release from the body was noted in a study of Autistic children.  Many children with Autism were found to have viruses, and when they were put on antivirals they began to drop heavy metals in their urine.  This was happening without chelating agents being given.  Just by turning the viruses off the body began to work more effectively, and the release of heavy metals occurred.

As for the results of the Glycine Protocol, I was alarmed to see that Gadolinium was detected at well over a 1000 times higher than the acceptable range.  This heavy metal had not even been tested for during previous tests.  Gadolinium is a radioactive heavy metal, and is not readily found in our food supply or drinking water.  Having been curios on how this occurred, my physician informed me that it was likely the result of contrast received during past MRI scans.  I confirmed that I had received contrast during multiple MRI’s, though it had been over 7 years since my last MRI scan.

According to many articles, radiologists state the contrast should be excreted out of the body within 24-hours after injection.  It ends up that while it may not show up in the blood stream after 24-hours, it may still be in the tissue.  One reason this may happen is that when Gadolinium is given as a contrast during a scan it is bound with the chelating agent DPTA.  If the bond separates, then Gadolinium is left behind in the tissue.  In theory that bond should keep Gadolinium from being deposited in the body and excreted via the urine in a reasonable time.  Unfortunately, if a person has preexisting heavy metal issues, and the DPTA has a stronger affinity to one or more of those metals over Gadolinium, it will drop the bond with Gadolinium leaving it in the body.  It will then bond with the other heavy metal, which is eventually excreted.  As a result Gadolinium, a radioactive metal, is left in the organs and tissues for years to come, or maybe a lifetime if it is not chelated out.  Who knows what health effects this is having on so many individuals

The good news is that after my first 5-months of chelation, I did another “Glycine Protocol” challenge, and my levels of Gadolinium had dropped 40%.  I also had a reduction in all of the other metals noted above, with Mercury, Aluminum and Gallium showing none detected.  The interesting part is that I had some new Heavy metals show up that were not detected in the pre-chelation challenge.  Platinum and Tungsten both came up and were beyond the acceptable range.  My physician explained to me that the chelating agents EDTA and DMPS that were used first pull the metals that they have the strongest affinity to.  After these metals are gone, or notably lessened (they may still be in the bone), they will begin to bond with other metals that were not previously being pulled.

The chelation protocol I was first recommended consisted of taking one of the chelating agents every other day in the form of suppositories before bed.  The dosage was determined by my physician, and based on body weight.  I would take EDTA and then have a day off without taking an agent.  The next day I would take DMPS, and then have a day off before going back to EDTA.  The day off gives the body time to re-mineralize, as chelating agents will also pull beneficial minerals from your body in addition to heavy metals.  I did this for approximately 5-months straight before doing the follow up challenge.

Since doing my initial 5-month chelation cycle, I have learned that it is best to take breaks in chelation.  The reason for this is that metals are stored in the bone too, and it takes bone cell regeneration for the metals to be released from the bone and deposited in tissue so that the chelating agents can bond with them and be excreted.  If you do not take breaks from chelation, results from this challenge may show you have eliminated the heavy metals.  Though, levels may still be high in the bones, which will eventually be released into the tissue.   Currently I am on a 3 weeks on and 3 weeks off chelation schedule to prevent this issue from occurring.

Some practitioners recommend taking the agents daily during the on chelation schedule, as during the off weeks of rotation the body may be re-mineralized sufficiently.  I have decided to take a more conservative approach.  Years ago when I was taking loads of antibiotics for Lyme treatment, I had dealt with some metabolic issues as a result of having deficiency in certain minerals.  Fortunately homeostasis and healing has occurred in that area, and my mineral levels seem to be in balance now whenever checked.

Through this process of recovering from heavy metal toxicity, I had experienced some symptoms along the way.  These symptoms included elevated fatigue, headache, vision changes, and sleep disturbances.  They were by far worse when I began the initial round of chelation, and even so bad that I had to stop for a couple weeks.  The problem was that I was not doing detox support at the time and my liver was getting over worked.  Once I began working with an herbalist to aid in detoxification, the chelation process became much more tolerable.  I found that as time went on, it was usually only the first week back on chelation after a break that the symptoms were the worst.  Fatigue and sleep issues being the most notable.  I now rotate between taking herbs and coffee enemas for detoxing, and this has made the chelation process much more tolerable to go through.

In the next month I am scheduled to do another challenge.  As, I am finishing up my second round of chelation that is designed to take approximately 6-months in length.  Though, this time for me it was done over a 12-month period and included numerous long-term breaks.  I am very interested to see how much lower my numbers have become, and if anything new has shown up.  My practitioner says that for some individuals it can take up to 1-year of chelation for every decade a person has been alive.  So this can be a long process for some, though well worth the effort in achieving better health.

Should you desire more information on chelation and/or dealing with the treatment of Lyme disease or cancer utilizing hyperthermia treatments in Germany, I would be happy to speak with you.