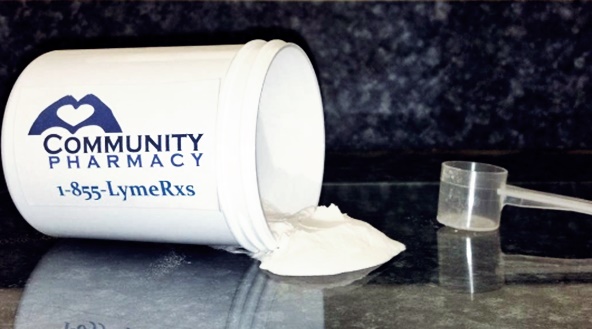 ​Of rising concern is a new theory regarding Lyme disease and its ability to produce a neurotoxin. This theory is headed by Dr. Shoemaker, a local doctor from Pocomoke, MD who has done extensive research in Lyme disease.

He explains there is a neurotoxin released by Borrelia burgdorferi which the body may not be able to get rid of on its own. ​He further explains the neurotoxin is able to persist in the body long after the bacteria. This theory explains the many lasting symptoms Lyme patients suffer in chronic Lyme disease.

This neurotoxin is responsible for many of the lasting symptoms patients experience including encephalopathy and ​inflammation. While the toxin cannot be directly measured as of yet, other bio-markers such as cytokine levels and hormone levels can be measured to characterize the effect of the biotoxin.

Another test is termed a visual contrast sensitivity (VCS) test which can be used in the case of any biotoxin to measure the effect on the patient’s vision.

Many new treatments are being studied and one such treatment which has shown great promise is Cholestyramine. This treatment is already being used by many patients and they are experiencing substantial improvements in their symptoms. The principle behind the mechanism is simple: sequester the toxin and excrete it.

The human liver is naturally responsible for removing toxins in our body. The Lyme toxin is shunted from the liver and released into the bile; but instead of it being excreted when we evacuate our bowels, it is instead reabsorbed in the intestines.

After, it is again transported through the hepatic system where it is recirculated to the bile and begins the cycle again. This cycle could continue indefinitely all the while causing many symptoms. Cholestyramine has the ability to bind to the toxin and both are then excreted.

Using cholestyramine on a daily basis depletes the toxin level at a dose-dependent rate. Many see symptom improvement in 2-3 weeks. Cholestyramine (Questran) is available by prescription only and was originally used to prevent the absorption of cholesterol, and more recently to help bind and remove the toxin produced in patients with Clostridium difficile infections.

Cholestyramine comes in a powder form which is mixed with a beverage of choice, soup, or other highly fluid foods. It can be taken once daily up to four times a day. Since cholestyramine will bind to anything in the intestines, it should be taken at least one hour prior to any medication or vitamins, or four hours after.

Additionally, cholestyramine may prevent the absorption of fat soluble vitamins, so supplementing your diet with those is important. It is essential when taking cholestyramine, to increase fluid intake. The most frequent side effect experienced is constipation which is generally mild and can be easily resolved with fluid intake or gentle laxatives.

Welchol has a similar mechanism to that of cholestyramine, but is considerably less efficacious. Cholestyramine is widely available as a commercial product and as a compound from specialized pharmacies. Many patients have chosen to use the compound version as it does not contain the high sugar content and fillers which comprise the commercially available product.

With a low side effect profile, cholestyramine is a reasonable choice for patients not only suffering from chronic Lyme disease but any neurotoxin or biotoxin.

Due to lack of financial interest from big pharmaceuticals, there are few human studies with Lyme disease on cholestyramine. The studies which have been performed showed improvements in the Lyme patients in various aspects. This old drug may have just been given a new purpose which may prove key in chronic Lyme disease treatment.

Cholestyramine is commercially available, however the sugar contained in this product may cause yeast overgrowth and will be detrimental to patients. We recommend that this medication be compounded so there are no unwanted additives such as sugar and artificial sweeteners.

Community Pharmacy compounds cholestyramine with xylitol and stevia (a natural plant sweetener). For more information on how Cholestyramine might be beneficial for you, call Community Compounding Pharmacy at 1-855-LymeRxs or send your inquiry to compounding specialist, Melissa Ruark at 'melissa@community-pharmacymd.com'.

​As the biotoxins are escorted out of the body, a void is created within the bloodstream where the biotoxins once resided, other biotoxins fill in the void, and this can cause a herx-like effect. For more information on treating biotoxin illness, visit survivingmold.com or treatlyme.net.