August 1, 2009 in Stories by Perry Fields, US Track and Field 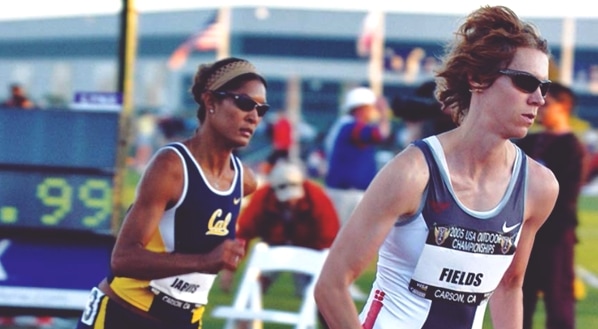 I've never been as lonely as I was when I had Chronic Lyme Disease. A tick bite in 2003 which went untreated turned into a total nightmare exactly two years later. Lots of people gave up on me. Lyme cost me four years of my life, two Olympics and thousands of dollars in medical expenses. Now, I'm 30 and I don't know where my twenties went. That's the bad news. But this story has a happy ending.

​I was born with hip dysplasia. Who would have thought I'd become a runner, of all things? I spent my early years trying to get my leg back into place. I'm no stranger to huge obstacles. But Lyme has been the biggest challenge of my life thus far.

I've fully recovered from Chronic Lyme Disease, for which I'm told that there is no CURE. I believe that there isn't ONE cure, but I DO believe you can fully recover from it. I have the training and racing stats to prove it.  I'm now the total underdog to compete again, but that hasn't stopped me.

​So I've begun my athletic career again after four long years and I just so happen to be in the best shape of my entire life. Is that a surprise to you? It shouldn't be. Is that a surprise to me?  Four years ago I would have been terribly surprised. When you're ill it's hard to have hope. I was so weak and sick that I mentally (on the surface) got rid of any idea of going back to athletics. It was necessary so I could heal. Thinking about my career put stress on me and kept me from focusing on the disease itself. My goal was just to get normal. I wanted to be able to take care of myself. I wanted to prepare my own meals. I wanted to work.

As an athlete one of my greatest attributes is will power. Like most athletes, we talk to ourselves A LOT. We tell ourselves it's going to be okay even when we think otherwise. During my struggle I remember so many times my mind wanted to succumb to negative mental chatter. There were days I thought I was going to die and there was no way to recover from this. I would remain negative for seconds, perhaps minutes and maybe even a hour at the most....then I would pull myself right back out of it. I NEVER stayed hopeless.

​Sometimes I would be negative; cussing everything...at the same time I would be going to try another type of treatment knowing I was on the right track!

​Looking back, I wish the 2008-2009 Perry, knew the 2005 Perry. This is why: In 2003 I was bitten by a tick at the Scottish Highland Games at Grandfather Mountain, North Carolina. I pulled the tick off my neck two days later. I knew nothing about Lyme Disease or any type of tick infection. Growing up in the country I had been bitten by all types of critters, so I didn't see the problem.

​Flash forward to 2005. I'm at the"SuperBowl" of Track and Field meets. I'm running the 800m (a VERY difficult race.) I'm expected to win. On the second lap I'm in the perfect position to make my move. The race is only 2 laps on the track. Right as I approach the second lap, something goes horribly wrong. My legs and arms become freezing cold and numb. I slow to a crawl finishing last. I then go and throw up behind the arena but nothing is coming out. I feel toxic.

Now this was the time I knew I was ill, but it was a mystery. I went home to see my folks in a weakened state. My mother noticed me scratching the back of my neck, where the tick bite had been. It was a bull's eye. I immediately researched how to treat it.

I went to someone who is considered the best Lyme Disease doctor in the Southeast thinking I could quickly knock it out ....Boy, was I wrong. Sitting in the office with HIV patients, I realized the severity of the situation. During my quest for information, I would go to Lyme forums and chat rooms in the beginning and found the negativity over-whelming. I felt used and abused by getting bitten by a tick and the problems with our healthcare system, but for my own good and the sake of my own healing, I had to let any anger go and focus on job #1, which was recovering fully. You just can't be angry and expect to get be cured at the same time.

​My story about going to lots of different doctors and getting different treatments is probably much like everyone else looking for the cure. I went conventional for less than 6 months and I did the rest unconventionally. What I did was controversial, multi-layered, but it worked. I became a maverick in my approach to beat Lyme and empowered myself with every bit of knowledge I could, not just about Lyme Disease but about all the additional undiscovered health problems that could be suppressing my immune system and keeping me from winning the battle.

What I came away with was a profound understanding that to beat a disease like Lyme Disease, you must understand the web of deficiencies that lead to the breakdown in one's ability to fight Lyme Disease and other pathogens naturally. Too many medical specialists are so focused on treating symptoms, they never step back and look at the big picture. There is always a bigger picture involved with everyone who falls ill, whether it's cancer or autoimmune illness.

I also realized the human body WANTS and DESIRES more than anything to regulate itself. You give it the "right stuff" and it will reward you. Your body wants to FIGHT, so you can't give up on yourself. So when I say I wish the 2005 Perry knew the 2009 Perry, it's that I had no one to inspire me. I had no one to admire. I had no one who could tell me everything was going to be okay.

Cancer victims have Lance Armstrong. But what about Lyme Disease? So I had to become my own inspiration. If the 2009 Perry could go and speak to the 2005 Perry, she would say, "Don't worry, keep doing what you're doing, EVERYTHING is going to be just Fine." 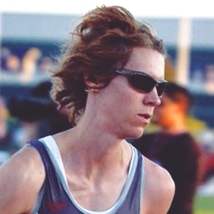 ​Perry Fields is an out-spoken athlete and Lyme Disease educator who speaks candidly from the heart. Fields writes a free newsletter about Lyme Disease treatment and topics, which is available at thetickslayer.com.

​She has finished writing abook about her success, which is due out in bookstores this fall. She ran a 4:38 1600m in February of 2009 and has her eyes on the 2010 World Indoor Championships.