A Story of Hope and Healing: Realizing Well-being Through Chronic Lyme disease.​ 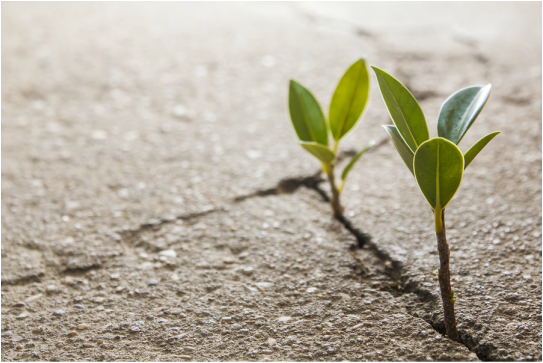 Quite frequently I’m asked to share what helped me to reach remission from Chronic Lyme Disease. I’m always a bit startled by one part of that question, the reference to ‘remission’. I don’t ever concern myself with the question of whether I am in remission or whether I am cured. I do know that for myself, living in a context of ‘remission’ will have me wondering when I will get sick again and will have me flavoring every physical discomfort with Lyme disease.  And so I stand in wellness seldom adding any flavor of doubt or concern to it.

My journey through years of chronic illness looked similar to thousands of others. There were a myriad of symptoms that got increasingly worse, there was researching the illness and treatments endlessly, there was fear, there was a period of certainty that I was about to die, there was the deep despair of suicidal depression, and there was my last year of illness spent almost entirely on a couch.

What was different about my last year of being sick was that I had a realization that chronic illness was a pattern, and that any pattern playing out in my life was an opportunity to discover something about myself, like a lesson to learn, and clearly I was missing it. And so my inquiry into myself became my primary focus. Even though tending to my physical issues was secondary, it was still very intense. I followed my gut instincts most of the time, relying on healthcare providers whose philosophies resonated with me at a gut level. My physical care can be summed up in the following: detoxing, dense nutrition, a variety of supplements and herbals to support restoring my immune system, light exercise, lots of rest, and any alternative care I thought about that resulted in a ‘yes’ response at a cellular level  (chiropractic, Network Spinal Analysis, bio-resonance, a variety of energy healing modalities, massage). It should be noted that my supplements were determined by the results of blood tests that my naturopath ran, even though I added some supplements along the way because it felt right in the moment. I also dropped some of my extra supplements when it felt right to do that too.

But it was my primary focus that supported the healing process, and the first step in that process was surrender. After years of warrior-like determination and busyness I finally stopped everything. I didn’t stop for some decided upon amount of time, I didn’t stop because I thought nothing was working. It was just a true moment of being present to a now moment and surrendering to how everything was right then. The relief in the moment was extraordinary, and I lay resting in simply being awareness itself and felt completely fulfilled.

Tending to an illness as this loving presence is expansive, forgiving, tender, and compassionate. I was no longer following treatment protocols because I felt broken and needed to get rid of the disease to feel whole again, I was following protocols because I knew myself to be worthy and deserving.  The actions of tending to my illness became about honoring myself. The energy of this new way of being was expansive and loving.

My true healing was to finally know myself as whole and complete regardless of the circumstances of my life. My body couldn’t help but be pulled into a vibrational match for that, and the physical healing was supported and magnified. I had a year of roller coaster experiences, sometimes received with grace, sometimes not. But ultimately my physical body, the energy that it is, aligned with who I had finally realized myself to be, Consciousness, and I was vibrantly well.

After recovering from Lyme Disease Jenny closed her web site development business to focus her attention and love on the Lyme community. Her passion is in supporting people to explore the emotional/spiritual aspect of dealing with chronic illness to realize their true essence and bring peace to their lives despite their health challenges.  Jenny and Lisa Hilton also co-host free teleconference calls for the Lyme community. Specifics about the calls and the types of conversations they lead can be found on www.lymethriving.com. Jenny and her husband live with their two dogs in CT and spend time in Maine each month. They have two grown daughters.