A 14 Year Journey With Lyme Disease​ 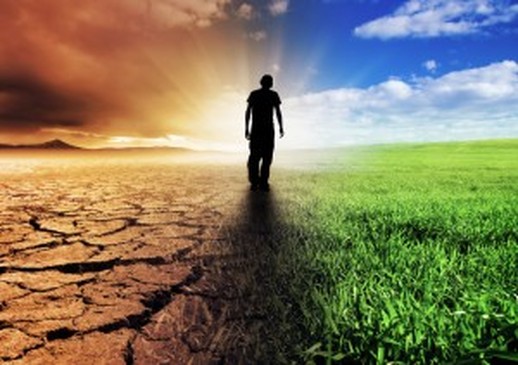 Our story started over fourteen years ago. My husband is a home builder, avid fisherman and loves to be outside. In his early 40's he started to have massive joint pain, then the headaches would begin. On two separate occasions we ended up in the ER because the migraines were so horrific he could not stand the pain a moment longer. His discs started to bulge and the back started to deteriorate, and he ripped both of his meniscuses in his knees while simply walking.

Then we started a family. Our son was born and seemed to be happy and healthy. Four years later I had a daughter.  This should have been a great time for our family: my husband was doing very well with his business, and after working for 20 years, I was able to be home with our children. I was sent home with my bundle of joy and thought this was a new happy beginning, little did I know that our health nightmare was just about to begin.

At six weeks old, my daughter started to show signs of baby acne. Within a week her body was covered and began to crust and bleed. We went to doctor upon doctor until I ended up on the doorstep of one of the best allergists in the country. He examined her and did allergy testing. He found that her IGE (Immunoglobulin E) levels were among the highest he had ever seen, she was allergic to so many foods and things in our environment it was overwhelming. Allergists often test for the presence of IGE to help diagnose these allergies. With time as I nursed her and pulled all food out of my diet except for three items, she began to get better and I suffered from malnutrition.

Eventually an elemental formula was created for her to live on until she was three years old and had enough foods to sustain her. Over the next ten years, my daughter has had multiple health issues, asthma and food allergies. At the age of eight, we rushed to the hospital when she became ill. She had been throwing up and was suddenly unable to speak and was acting as if she were drunk. It was terrifying. I prayed the entire trip to the ER that we would save her and see her smiling face again. By the time we arrived at the door of the hospital she had to be carried in because she was limp. Her blood sugar had dropped to a 23 and she had pneumonia. I had taken her to the doctor only 10 hours earlier and had her examined head to toe.  After a week stay we were told she had Ketotic Hypoglycemia along with the pneumonia. (Ketotic Hypoglycemia is a rare but serious form of low blood sugar in children.) She had been having dizzy spells and migraines for a few years now and I had been to several specialists to try to understand what the cause was, with no real answers.

As the years went by, my husband seemed to be aging rapidly before my eyes. His pain throughout his body was unbearable at times and he began to get sick at the "drop of a hat". One winter as both he and my daughter were sucking on a nebulizer to get some relief, I realized my husband needed a doctor to look more closely at what was going on in his body. He has already had a test for Lyme disease done on three other occasions and they had all come back negative, but we went ahead and did another test along with extensive blood work. Once his tests came back, we received a call that no one wants to hear….we were being referred to an oncologist. His white blood cell count and platelets were not those of a healthy 50-year-old.

After much more testing was done, we were told that my husband has CLL (Chronic Lymphocytic Leukemia), a blood and bone marrow disease that gets worse slowly and has no cure. This is a disease of a 70-year-old man, how and why did my husband contract this cancer? As a wife and mother this news was devastating. Although many people said we were "lucky" the CLL was not active and we could still have many happy years together, I was deeply concerned. I knew there was some underlying reason my husband's health was suffering, but we were yet to find the answers.

Two years after my husband's diagnosis, my son was now eleven years old and enjoying life in middle school. We were on a family trip to upstate New York and on the way there my son began to feel ill. By the time we arrived he had a fever, which began to progress to pain throughout his body. After the first night there, he continued to feel worse and his fever climbed to 103-104. I brought him to a health clinic and they did several tests. They also told me that he may have Lyme disease and when we arrived back home we should take him to his doctor and get him tested. I did and they told me the test was negative, no Lyme disease, this was just a bad summer flu.

From this day forward my son's health was never the same. He was very active, he had taken martial arts since he was four years old and competed at a national level. He also played soccer and had just completed a three-day 60 mile bike tour with some other school mates. He was very bright and was taking high school math. His name regularly appeared on the honor roll list. This was all history, now he was sick often and even seemed to develop asthma. He needed to run to the sidelines to suck on an inhaler to get through his soccer games and practice. Then he began to lose weight. He lost ten pounds in a short period of time; my son had acid burning throughout his body so bad his eyes burned.

I began the journey of going from specialist to specialist to find an answer. One was a GI doctor because I knew we needed to figure out what was happening in his gut. I also suspected Celiac disease. Six months earlier I had taken gluten out of my husband's diet to help with inflammation in his body and he was unable to eat gluten now without getting sick, so I suspected Celiac disease for my husband and knew it was genetic.  My son was diagnosed with Celiac after the endoscopy, and I thought we had an end to my son's health crisis.

Although we were now living gluten-free in our home, my son's health was spiraling out of control. He had brain fog, he could not remember if he took a shower 10 minutes after he had stepped out, he could not read, or divide. His neuropathy was so bad his fingers were turning black at times, many days he could not even walk. He was petrified to sleep and began waking up in the middle of the night unable to breathe. I was relentless with specialists and online looking for answers; I would be up all night worried and praying for an answer out of this hell.

Eight specialists later with no real answers, a leading hospital wanted to admit him and run extensive tests and put him on steroids to help with his inflammation. Something deep in my mind told me this was not the answer I was looking for, however I had no other options. It was a Sunday and I went to my local grocery store to stock up on food for my husband and daughter. I was to go stay at the hospital an hour away with my son. I prayed and sobbed on my way to the store asking for an answer, a sign of what I was to do. As I pulled up to the store, a woman from my church was standing outside. She greeted me and asked how my son was doing. I told her what we had been going through and my plan to admit him to the hospital. She took my hands and told me that he would not come out alive…"your son has Lyme Disease". She gave me a quick education on chronic Lyme and also gave me the name of a LLMD. I asked and did receive my message and I listened. I did not admit my son and went to the LLMD to begin treatment for my son.

The treatment became worse than the disease at first. He screamed in pain and could feel bugs crawling throughout his body. He would go through times where he did not want to live. I would stay up with him through the night trying to offer words of encouragement and faith that we would get through this and he would live his life as a happy teen.

Parker is now through two years of his treatment for Lyme disease and co- infections and although he is still unable to attend school, we have home hospital in place to get him through school with a teacher coming to our home. He began reading again 5 months ago, just took his HSA for math in HS and passed! He no longer is able to participate in his martial arts, but has taken up guitar.

As we near the end of my son's treatment, my husband sits in our sun-room with a permanent bed, on a PIC line treating his Lyme disease. He is able to walk to the end of the driveway on good days and is unable to drive or work. My daughter began having massive bone pain in her hands and feet two years ago and it progressed to twitching and unbearable pain. She is also being treated for Lyme disease and co-infections.

I am sure as you all read this story you are wondering about Mom, I must have it as well. You are correct and my treatment has been pretty successful. God will not give us more than we can handle and he knew someone had to be well enough to care for everyone. I realize I had active Lyme when I was pregnant with my daughter; I had pain, fatigue and went to the ER on two occasions from heart irregularities.

As a family dealing with such illness, we try to stay positive and have a dream board of what we will do after we all are well enough. I cannot believe that we have not made more progress in the field of infectious disease. I know there are so many stories similar to mine and yet we continue down this road of ignorance.

I must believe there is a reason that many of us have suffered as we have through this. This is what sustains me and keeps me going, that I may help prevent this from happening to others, that our story may prevent an unnecessary death or raise awareness to get the help so many people need.